Written by Baird Maritime on May 27, 2021. Posted in Harbour Tugs and Operation, Naval auxiliary/support vessels, Pollution/Rubbish Cleanup, Search and Rescue. 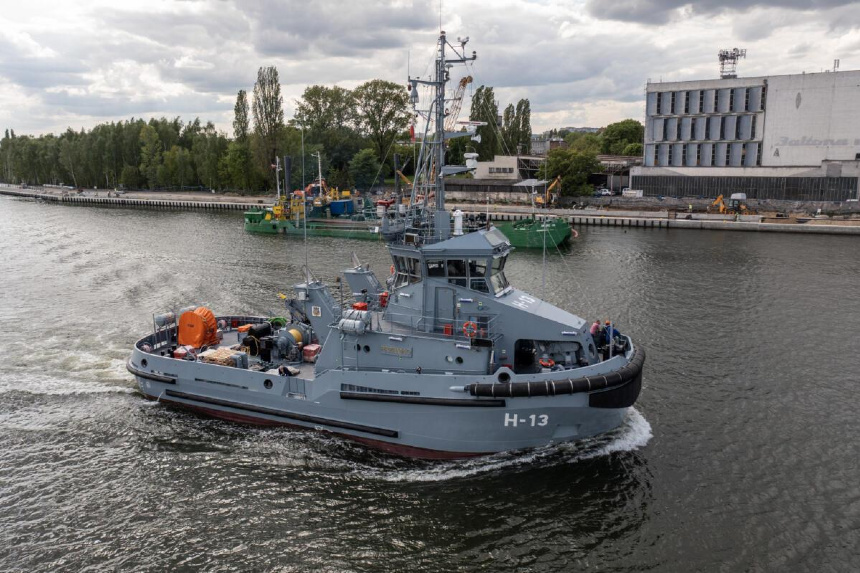 The Polish Navy took delivery of a new harbour tug from Remontowa Shipbuilding in Gdansk on Monday, May 24.

Przemko is a final one in a series of six tugs ordered by the navy from Remontowa. It will be operated out of the naval base at Świnoujście alongside sisters Bolko and Semko.

The tug is designed to perform logistic support tasks at sea and in ports, as well as to carry out activities related to technical evacuation, support of rescue operations, transport of personnel and supplies, and pollution response. It is also capable of operating in heavy ice conditions with assistance from icebreakers.

Przemko can carry up to four tonnes of cargo on its open deck. Its bollard pull is rated at 35 tonnes.