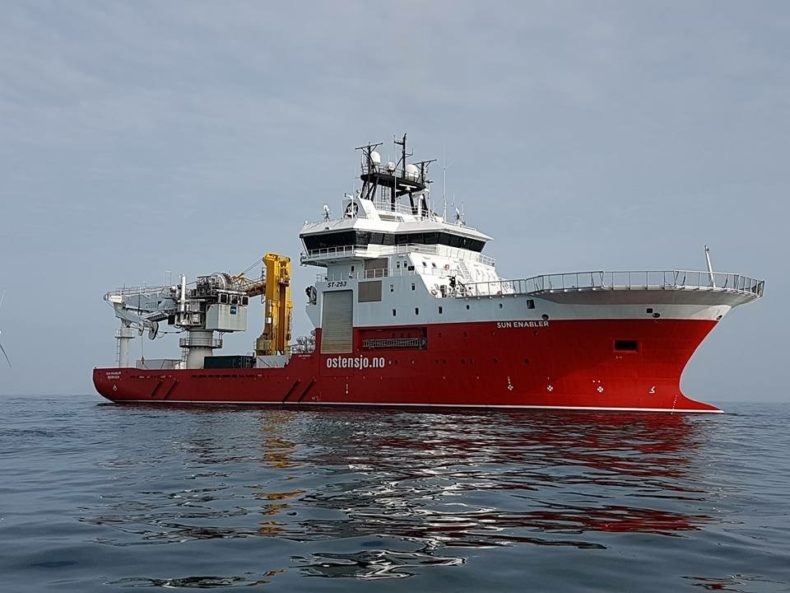 Norwegian offshore company Østensjø Rederi has been awarded a contract by VBMS for operation in the renewable sector. The contract commenced in November and will secure utilisation during the winter period for the survey vessel Sun Enabler (pictured).

Meanwhile, the platform supply vessel Edda Fauna has been contracted by an unnamed European energy company, also for operation in the renewable sector. The contract also commenced in November and will last up to the commencement of the vessel’s firm contract with DeepOcean.

Lastly, the company has been awarded a contract renewal by Norske Shell for tug services at the Nyhamna Gas Plant in Norway. The contract period is five years firm plus two two-year options from 2019.

Under the contract with Norske Shell, the tugs Vivax and Silex and the mooring launches Max and Obelix will be utilised.