Written by Baird Maritime on February 14, 2018. Posted in Harbour Tugs and Operation. 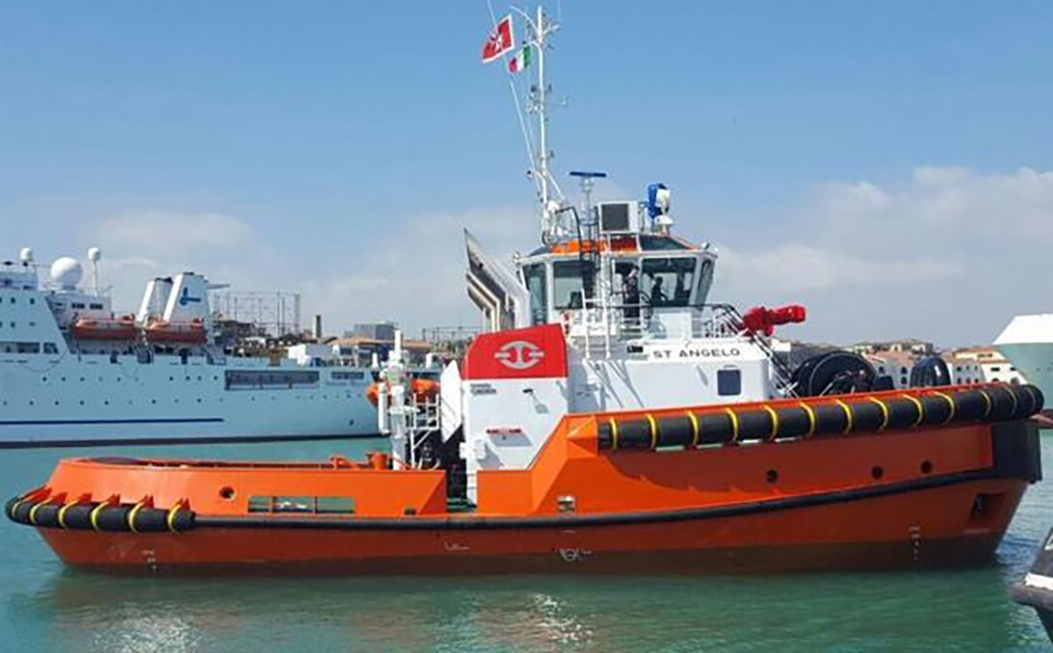 Tug Malta has added another tug, St Angelo, to its fleet to increase its escort and harbour towage capabilities at Valletta.

Equipped to tackle gas leaks, the 29.1-metre by 13.2-metre vessel with a 4.14-metre draught was built by Damen Galati.

Powered by two Caterpillar engines with a total output of 5,050kW, the 431GT tug was classed by Bureau Veritas for escort and supply duties with firefighting equipment to FiFi 1 standards. It can also recover oil with a flash point of more than 60°C.

She is the first of three new tugs that cost Tug Malta, a subsidiary of the Italian-based Rimorchiatori Riuniti Group, a total of €24 million (US$30 million).

The other two vessels will come into operation in the first quarter of 2019 and 2021 respectively.