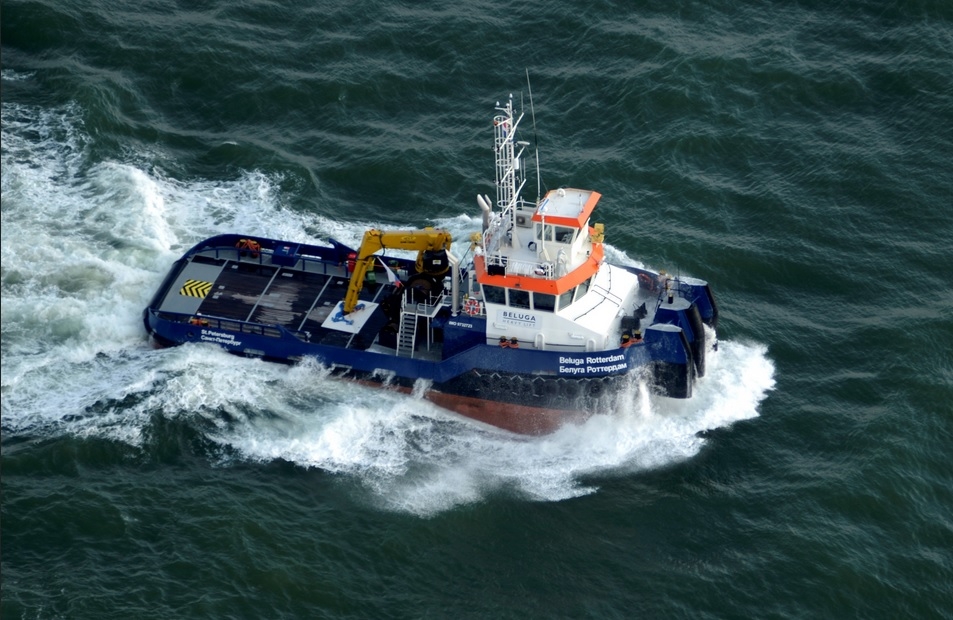 The tug, named Beluga Rotterdam, features modifications to Neptune Marine’s standard 30- by 10-metre tug such as a strengthened steel structure, a push bow, and an additional wheelhouse on top of the bridge for better views while pushing.

The newbuild will be used for towage-pushing operations, anchor handling, and also for icebreaking operations in Russia’s northern territorial waters.