Written by Baird Maritime on September 26, 2018. Posted in Harbour Tugs and Operation. 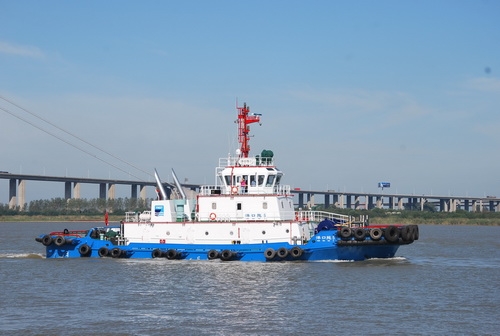 A new ASD tug was delivered to Nangtong Yangkou Port on September 25.

Jiangsu Zhenjiang Shipyard designed and built the tug, which has been named Yangkoutuo 5.

The tug’s engines deliver a total output of 3,240kW.