Written by Baird Maritime on November 10, 2017. Posted in Harbour Tugs and Operation. 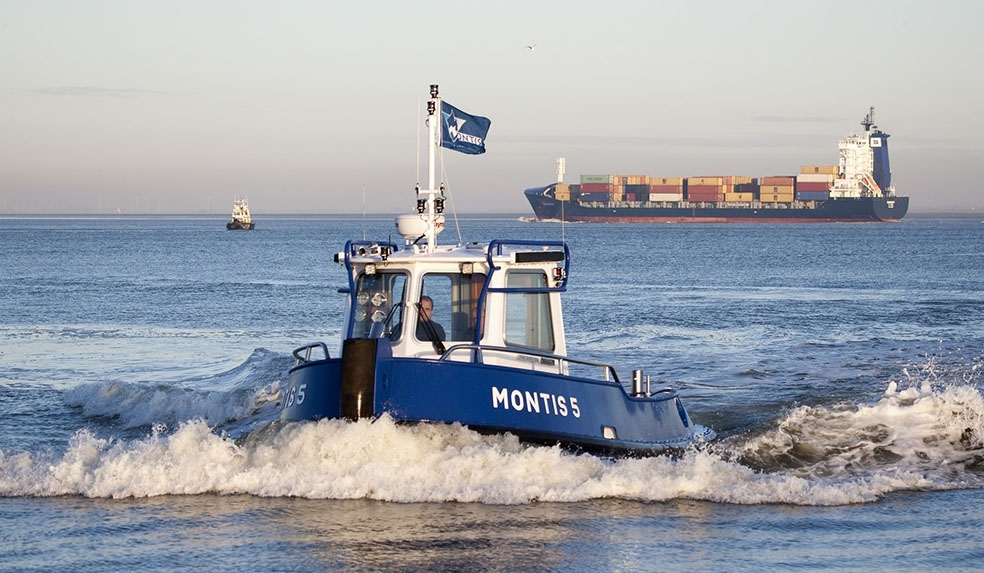 Damen has signed a contract for the build and delivery of two launches.

Designed to provide mooring assistance in harbours, the newbuilds will be operated by subsidiaries of Dutch towing and salvage company Multraship, Montis Mooring Boatservice and Verenigde Bootlieden, for terminal operations at the port of Terneuzen in the Netherlands.

The 8.6-metre vessels will be modified to improve manoeuvrability and power.

Changes include increasing the standard bollard pull from 1.4 tonnes to 3.2 tonnes, adding an 11kW bow thruster, a 900-millimetre nozzle propeller and more than doubling the installed power to 182kW.

Other features include Mampaey quick-release towing hooks, capstans with a pull force of 750 kilograms to manage heavy mooring ropes, and anti-slip wooden decks.

The air draught will be decreased to 2.75 metres to allow safe passage beneath the terminal jetties and other confined spaces.

They are scheduled for a May 2018 delivery.