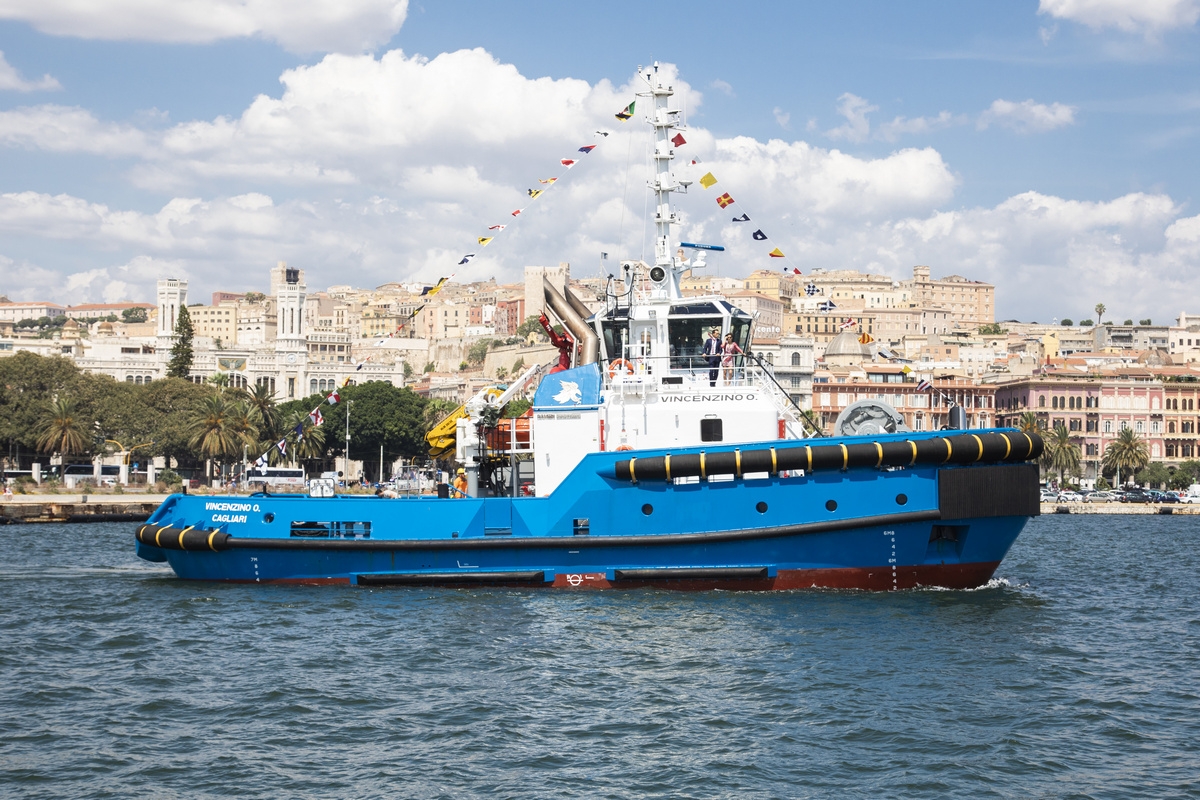 The 28- by 13-metre Damen-built vessel has been christened Vincenzino O after the son of company CEO Achille Onorato.

The tug has a bollard pull of approximately 85 tonnes and an aft deck area of about 80 square metres. It will also be capable of secondary functions including firefighting, oil recovery, and salvage.