Written by Baird Maritime on March 20, 2019. Posted in Harbour Tugs and Operation. 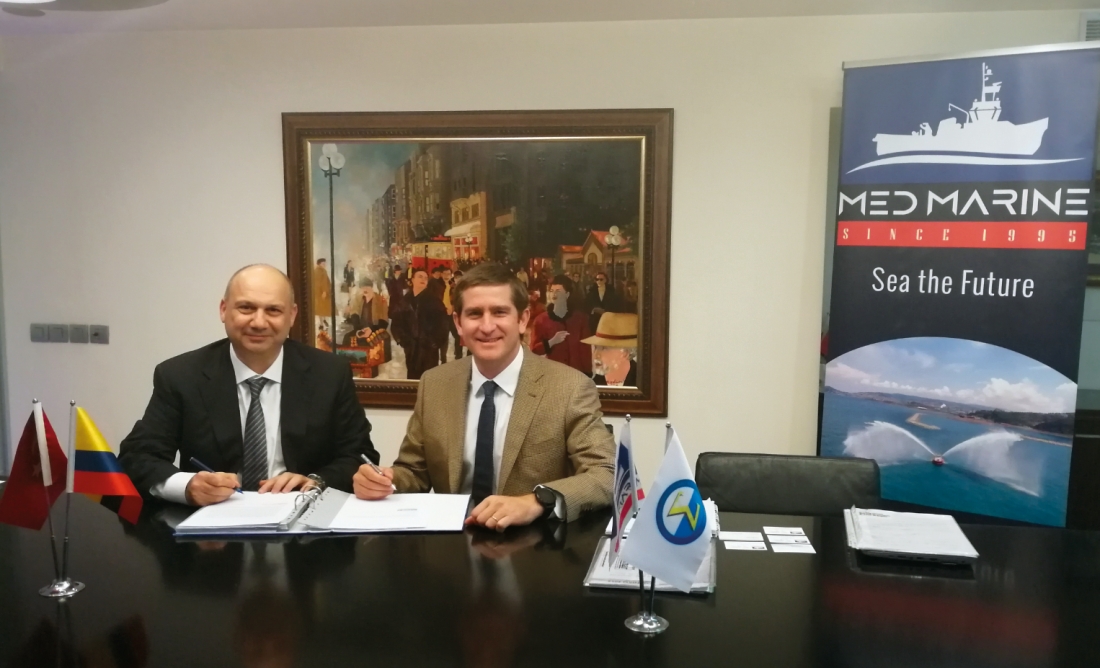 Turkey’s Med Marine and Colombian towage and salvage company Coltugs have signed a contract for the sale of an ASD tug.

The Robert Allan Ltd-designed vessel which has been operating with the Med Marine fleet will be named Caño Cristales under the Coltugs banner.

Two Caterpillar 3516C 2,100kW engines deliver a free sailing speed of 12 knots and a bollard pull of over 70 tonnes.