Written by Baird Maritime on April 18, 2018. Posted in Harbour Tugs and Operation. 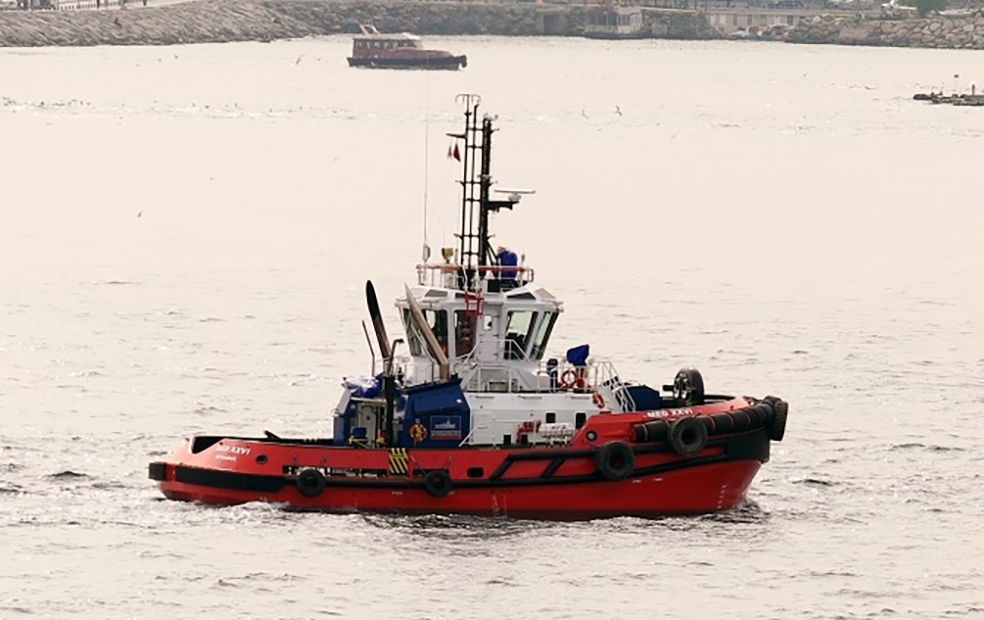 Turkish tug builder and operator Med Marine has delivered the 23rd tug to its harbour fleet at İzmit Bay Province.

The Robert Allan Ltd-designed tug Med XXVI sailed through Istanbul’s Bosphorus waterway on her way to join her sister ships.

The 23-metre by 10.9-metre ASD tug is designed for harbour and terminal operations, and coastal towing.

Med XXVI has two Caterpillar diesel engines that each develop 1,380bkW at 1,600rpm with a free sailing speed of 12.0 knots and bollard pull of 50 tonnes.

The diesel-driven fire-fighting (FiFi) pump is mounted on one of the main engines and can deliver 1,400 cubic metres per hour to two electrically-controlled monitors.