Written by Baird Maritime on August 26, 2020. Posted in Harbour Tugs and Operation. 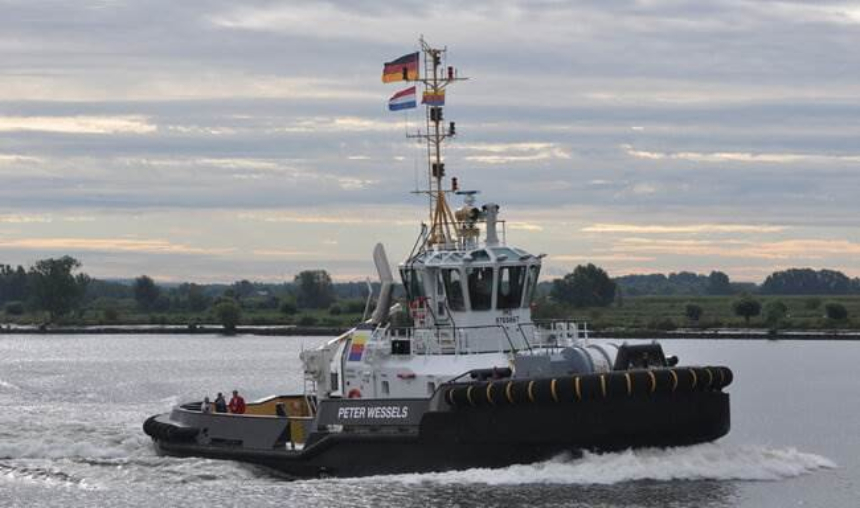 Hamburg-based shipyard Neue Schleppdampfschiffsreederei Louis Meyer has taken delivery of the newest addition to its fleet of harbour tugs.

Built at Damen Shipyards Gorinchem, Peter Wessels has a length of 28 metres, a bollard pull of 60 tonnes, and an aft winch for coastal towage of barges. It has also been fitted with a sewage treatment plant, a boiler, and heated windows.

Louis Meyer will be chartering the tug to local operator Emder Schlepp-Betrieb (ESB) at the Port of Emden.

Peter Wessels is the second Damen tug to join the Louis Meyer fleet after the 24-metre Jan which was delivered in June 2019.