Written by Baird Maritime on April 27, 2018. Posted in Harbour Tugs and Operation. 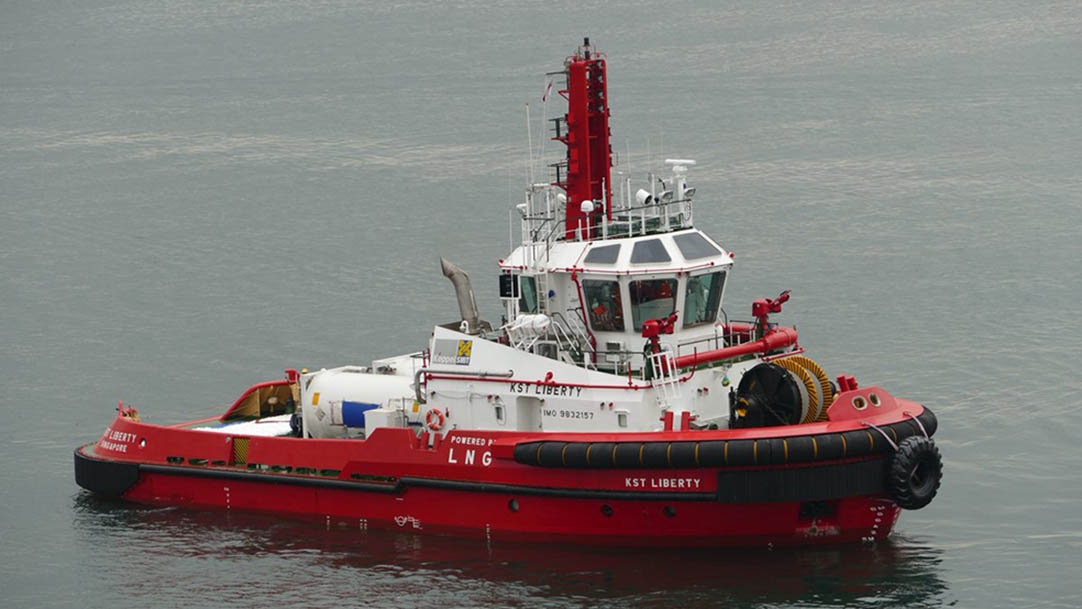 KST Liberty will soon enter service in the port of Singapore.

Her fitted LNG tanks will allow for extended harbour operations without the need for refuelling.

Refuelling can be done by truck-to-ship operations or replacing the empty tanks with replenished ones.

Shell will be supplying the LNG fuel to KST Liberty while FueLNG, a joint venture between Keppel O&M and Shell Eastern Petroleum, will be providing the LNG bunkering services at Jurong Port.