Written by Baird Maritime on January 3, 2018. Posted in Harbour Tugs and Operation. 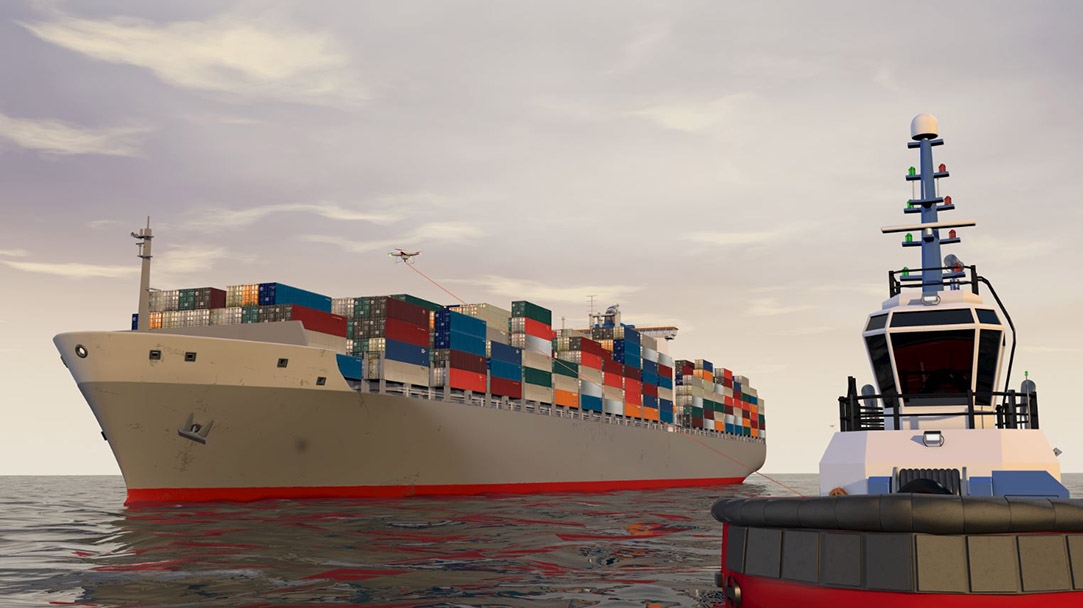 Netherlands-based tug operator Kotug has applied for a patent to use drone technology in its operations.

In a bid to improve safety and more efficient working conditions, it is using a drone to connect the towline to an assisted vessel, “to avoid the need for manoeuvring in the so-called danger zone.”

The ultimate aim was to deliver a messenger line to a predetermined location with object-recognition software.

“Conventionally, tugboat and crew position themselves in front of and close to the assisted vessel to grab the heaving line by hand,” said the company.

“By doing so, the tug and crew position themselves in the danger zone, close and even under the (flared) bow of a vessel.”

“A minor flaw in the operation can result in major injuries of the deck crew and/or damage to the tug and the assisted vessel.”

A series of tests is scheduled to be performed by Kotug to develop standard operating procedures with relevant authorities and stakeholders.