Written by Baird Maritime on September 19, 2018. Posted in Harbour Tugs and Operation. 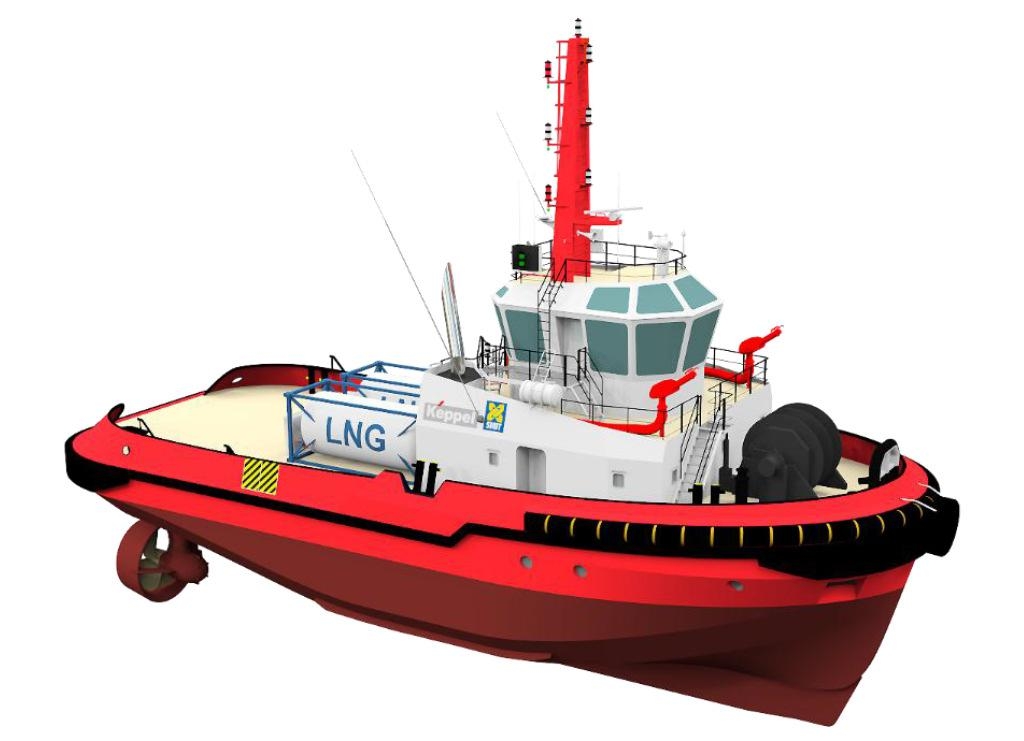 The tug, named Maju Loyalty, was built for Maju Maritime, which is merged operationally with Keppel Smit Towage.

This is the second dual-fuel tug built by Keppel O&M.

Maju Loyalty is equipped with containerised, type-C ISO-certified LNG tanks on the main deck, as well as a patented compact LNG vaporiser. Re-fuelling of the LNG tanks can be done by truck-to-ship operations or replacing the empty tanks with replenished ones.

FueLNG, a joint venture between Keppel O&M and Shell Eastern Petroleum, will be providing the LNG bunkering services for the new tug while Shell will be supplying the LNG fuel.