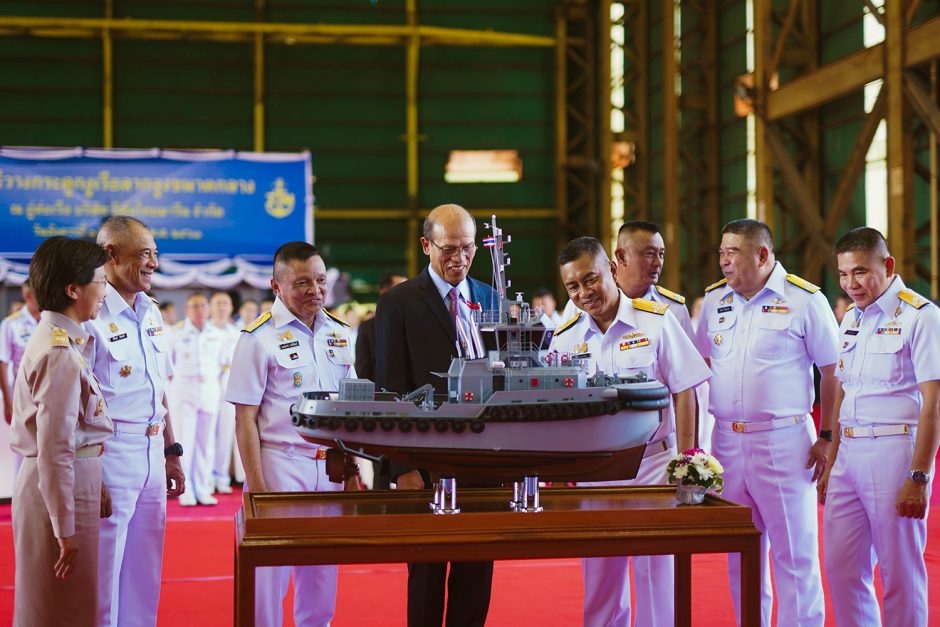 Italthai Marine held a keel-laying ceremony of its second Robert Allan Ltd.-designed tug in a series for the Royal Thai Navy (RTN) at its facilities in July.