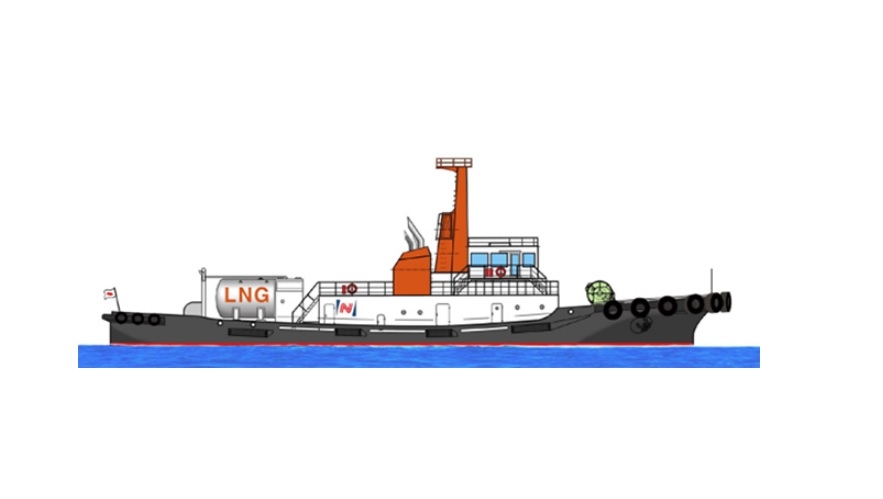 Ishin, slated for delivery in February 2019 after the completion of outfitting work, will be the first LNG-fuelled tug serving Osaka Bay starting in April.

Ishin will have an estimated 25 per cent reduction of carbon dioxide emissions in comparison to tugs that run on A fuel oil.

The tug is powered by two Yanmar 6EY26DF dual-fuel commercial marine engines with the ability to use both A fuel oil and LNG.

It is also Japan’s first LNG-fuelled tug with a removable LNG fuel tank mounted on the exposed deck at the stern.