Written by Baird Maritime on December 26, 2018. Posted in Harbour Tugs and Operation. 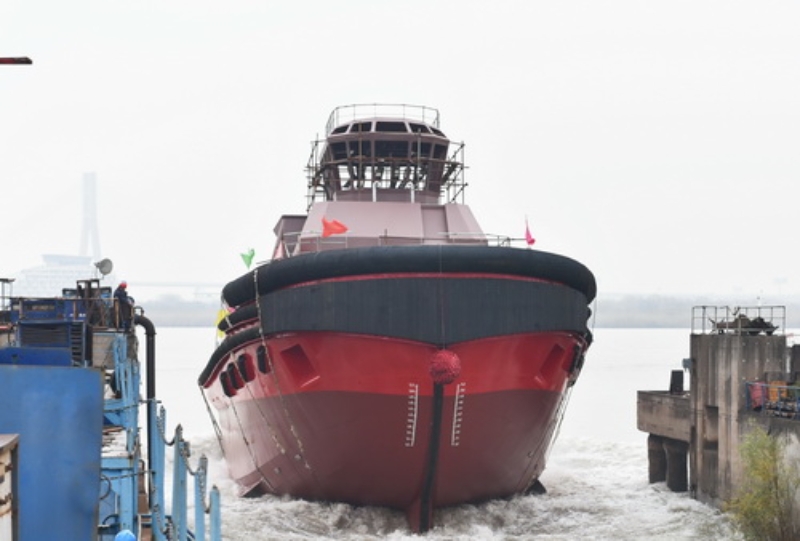 A dual-fuel ASD tug being built by Jiangsu Zhenjiang Shipyard was launched on the morning of Tuesday, December 25.

The tug, which is being built for Ningbo Zhoushan Port, is the first dual-fuel 4,847kW ASD tug built by Jiangsu Zhenjiang.