Written by Baird Maritime on February 20, 2018. Posted in Harbour Tugs and Operation. 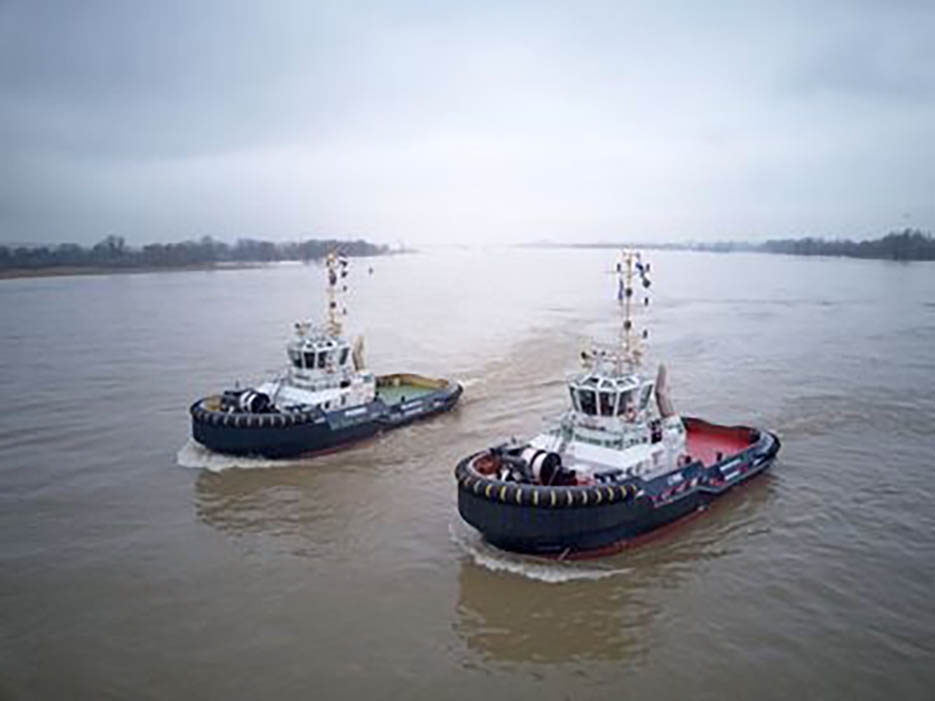 Named Phoenix and Lynx, the 28-metre tugs have a bollard pull of 60 tonnes and a top speed of 13 knots.

Built at Damen Song Cam Shipyards, Vietnam, they can be used for vessel handling, offshore supply duties and ship-to-ship transfers.

Lynx will operate from its homeport of Delfzijl with Mars at Eemshaven and Delfzijl, assisting bulk carriers and tankers.

Phoenix will replace Mars at IJmuiden/Amsterdam, assisting all types of vessels.