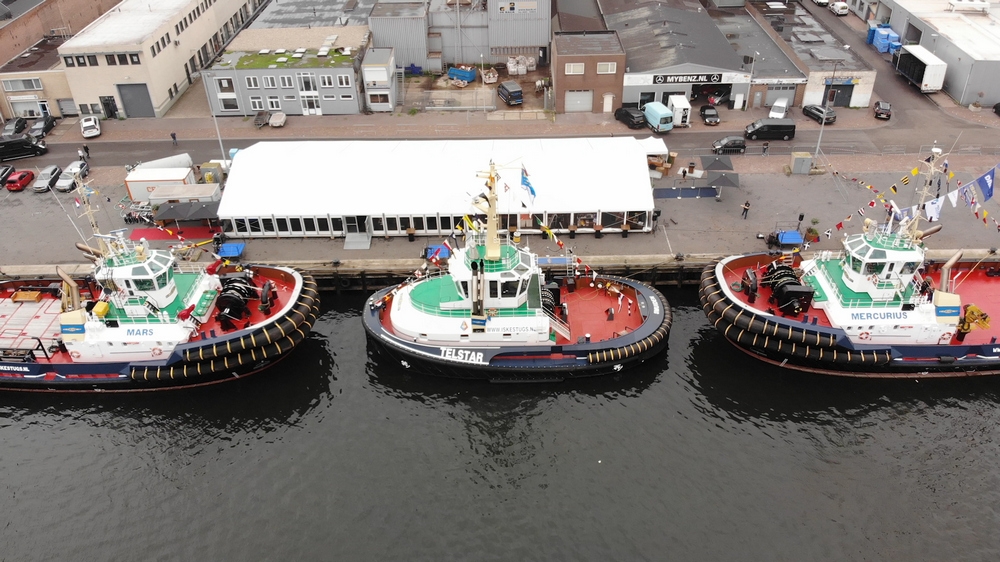 Mars and Mercurius will operate mainly in the ports of IJmuiden (Amsterdam) and Europort (Rotterdam), but are also available for assignments further offshore in the North Sea.

Each of the new tugs has a bollard pull of 82.5 tonnes and feature a number of modifications by Iskes.