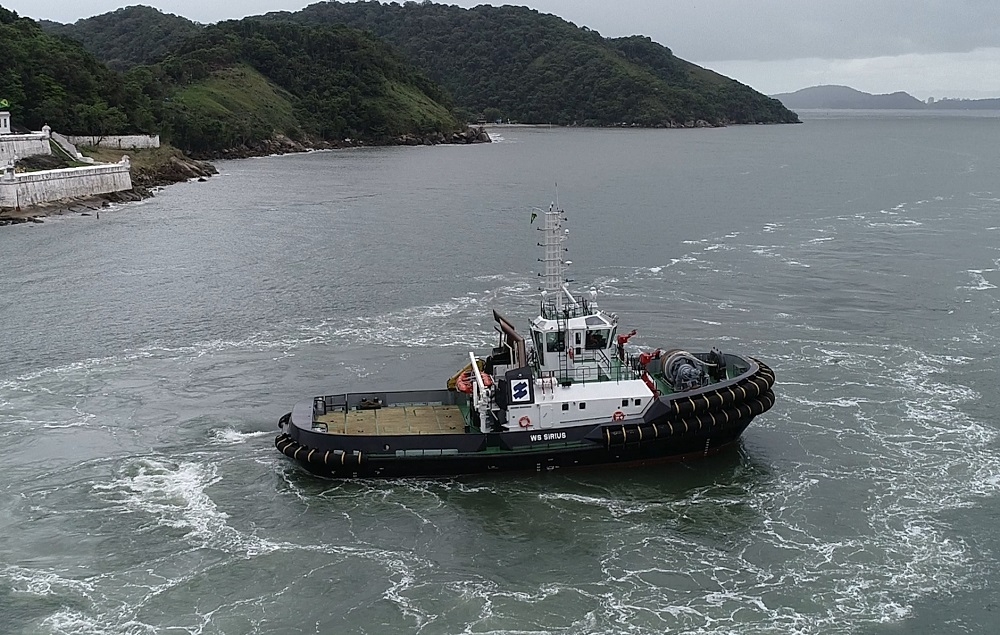 WS Sirius, a harbour and ocean going tug owned by Wilson Sons Rebocadores, has entered service in the Porto Açu, located in the north of the State of Rio de Janeiro.

The escort tug, with an LOA of 32 metres and a width of 12 metres, is the ninetieth vessel built by Wilson Sons Shipyards. A period of 22 months had elapsed from the signing of the contract to the actual delivery.

WS Sirius has a bollard pull of 90 tonnes and a FiFi1 firefighting system. It is Wilson Sons Rebocadores’ third escort tug as well as the seventy-sixth vessel in its tug fleet.