Written by Baird Maritime on August 17, 2017. Posted in Harbour Tugs and Operation. 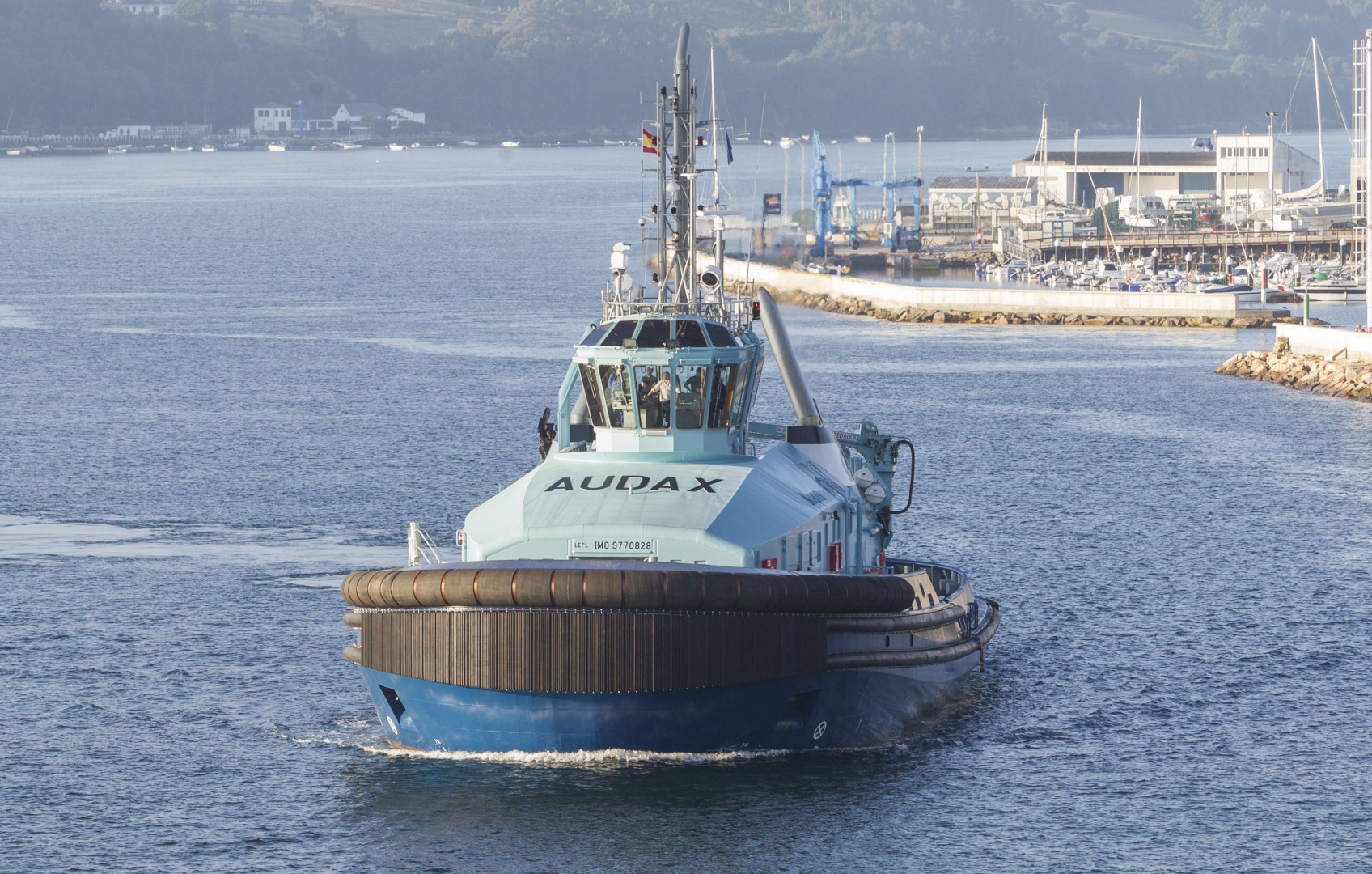 After successfully completing its sea trials program, Audax, the third dual fuel tug ever built in Europe, has been delivered to its owner, the Norwegian company Østensjø Rederi.

Designed by the Robert Allan Ltd, these state-of-the-art vessels, at 40.2 metres long and 16 metres in beam, will provide tug services to Norwegian state-owned energy company Statoil, at the far-north terminal located at Melkøya under severe weather conditions.

Built to withstand harsh environments, the vessels are shaped specifically to grant full operational availability at temperatures of 20 degrees below zero and combine environmental sustainability through the use of LNG in most of their operations (complying therefore with IMO Tier III emissions standards) with the flexibility of diesel power to ensure a high level of operational security.

Among their duties, they will conduct approximately 300 LNG ship escorts annually, will assist with berthing operations and will be maintained in readiness for emergency services such as long line towing, fire-fighting, and oil spill response.