Written by Baird Maritime on October 9, 2018. Posted in Harbour Tugs and Operation, Icebreaking. 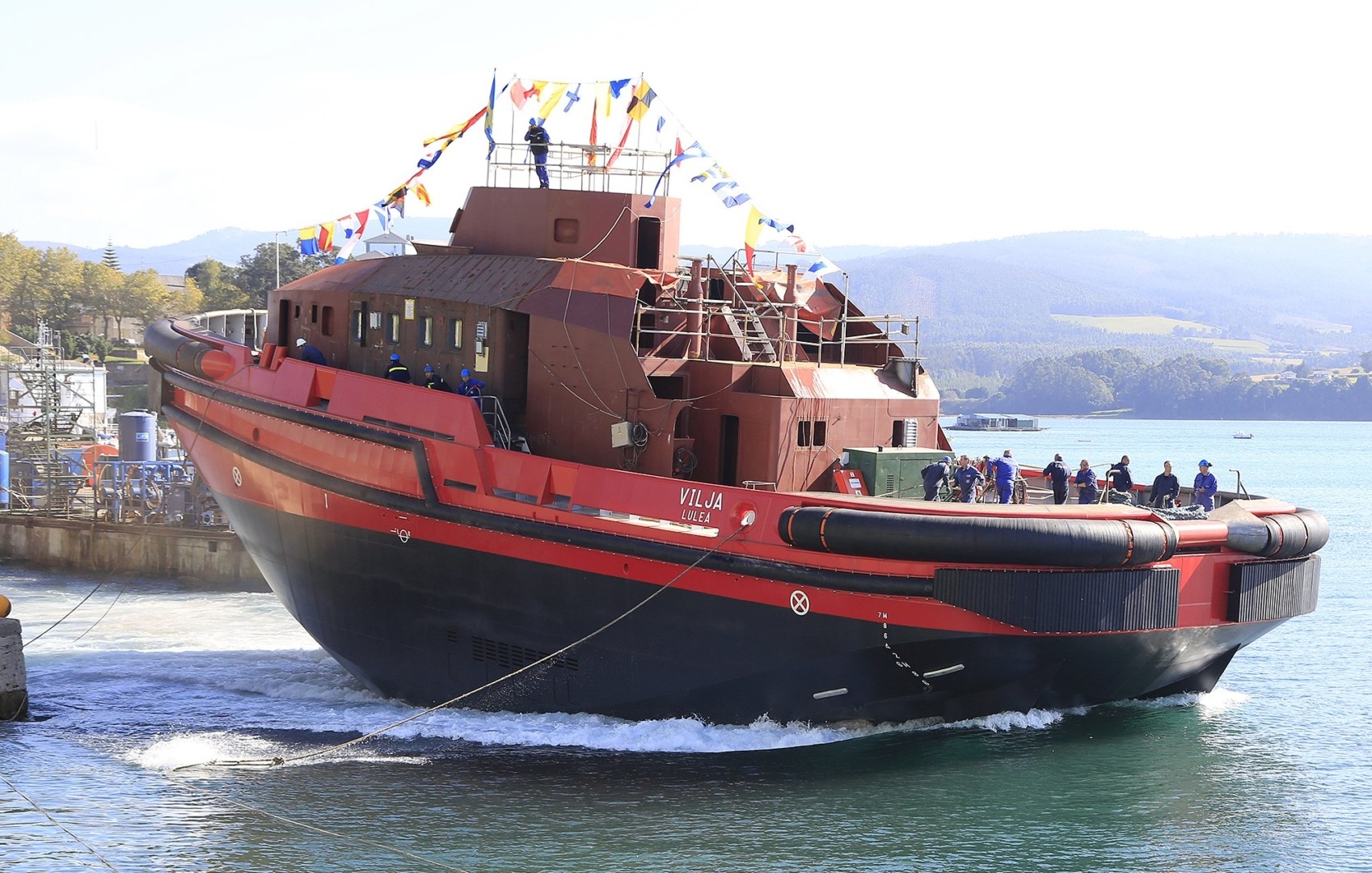 Named Vilja, the tug is a Robert Allan Ltd icebreaking design for use by the Port of Luleå in Sweden.

It will be capable of breaking one metre of ice at a speed of up to three knots.

The 36-metre Lloyd’s Register-classed vessel will be equipped with a hybrid propulsion system that will include two diesel main engines, shaft generators/motors, and batteries for energy storage.

Vilja has an expected bollard pull of about 100 tonnes in diesel-mechanical mode when including battery boost capacity.