Written by Baird Maritime on January 18, 2018. Posted in Harbour Tugs and Operation. 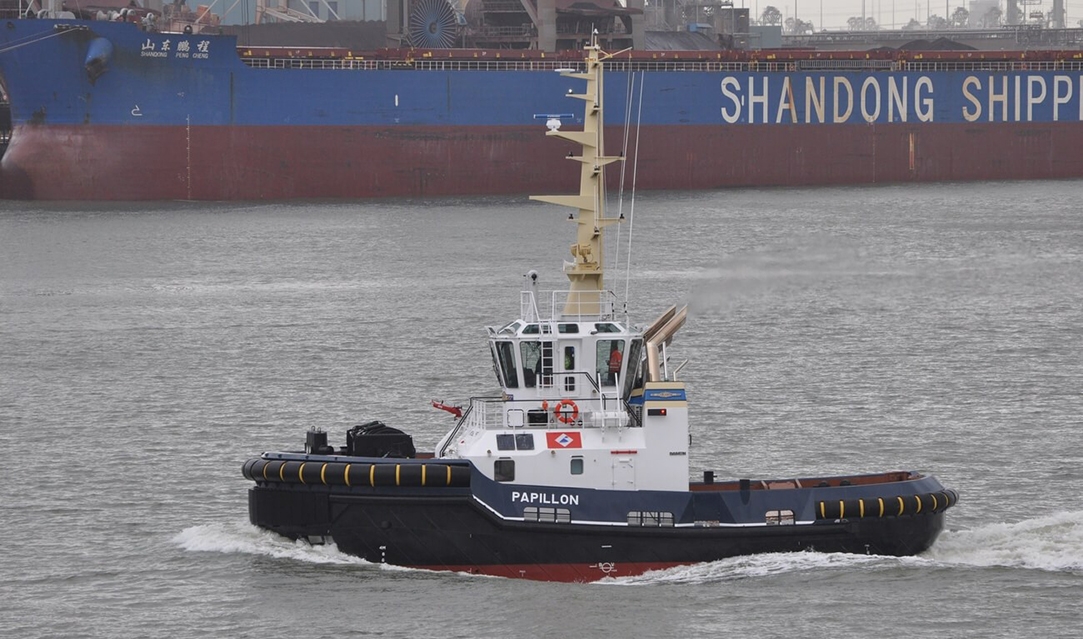 A shallow-draught azimuth stern drive (ASD) tug Papillon has been delivered to De Boer Remorquage and Iskes Towage and Salvage for harbour operations in French Guiana.

Damen Shipyards Hardinxveld in the Netherlands customised the ASD for a 12-year contract with Grand Port Maritime de Guyane in the ports of Cayenne and Kourou.

The tug’s primary function will be to assist vessels entering and leaving the ports. It can also provide emergency assistance, such as firefighting, survey activities and small transports.

Developed by Grand Port Maritime de la Guyane, Earthcase, Hydro GC and Direction de la Mer, the vessel was built under French flag rules, so it can be deployed on national operations.

Papillon will be joined later this year by a hybrid tug that is being configured with dredging capabilities using the air and water injection dredging method (AIRSET).

Following delivery, both vessels will undergo an official naming ceremony in French Guiana.