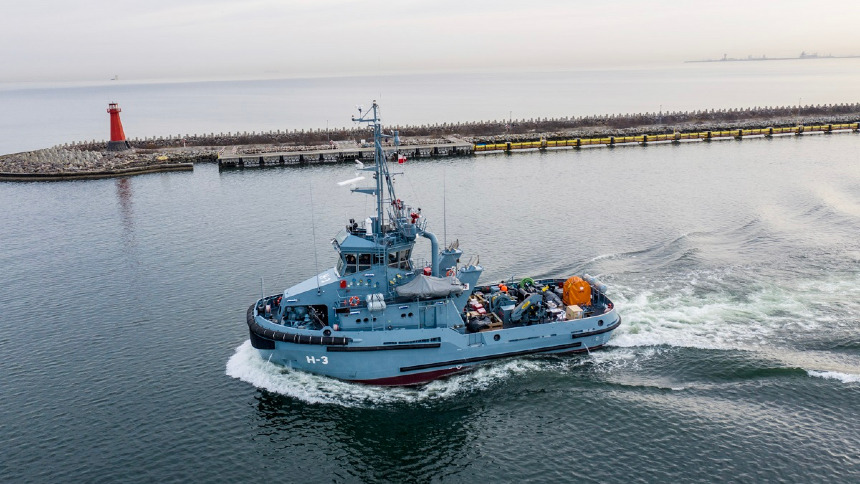 Poland’s Remontowa Shipbuilding handed over a new tug to the Polish Navy on Wednesday, February 24.

Leszko is the fifth in a series of six ice-class tugs built by Remontowa for the navy under a contract awarded in June 2017.

Like its sisters, Leszko has a displacement of 490 tonnes, a bollard pull of 35 tonnes, and a cargo carrying capacity of four tonnes. Duties will include towing, search and rescue (SAR), limited cargo and personnel transport, and pollution response.