Written by Alan Haig-Brown on January 31, 2018. Posted in Harbour Tugs and Operation. 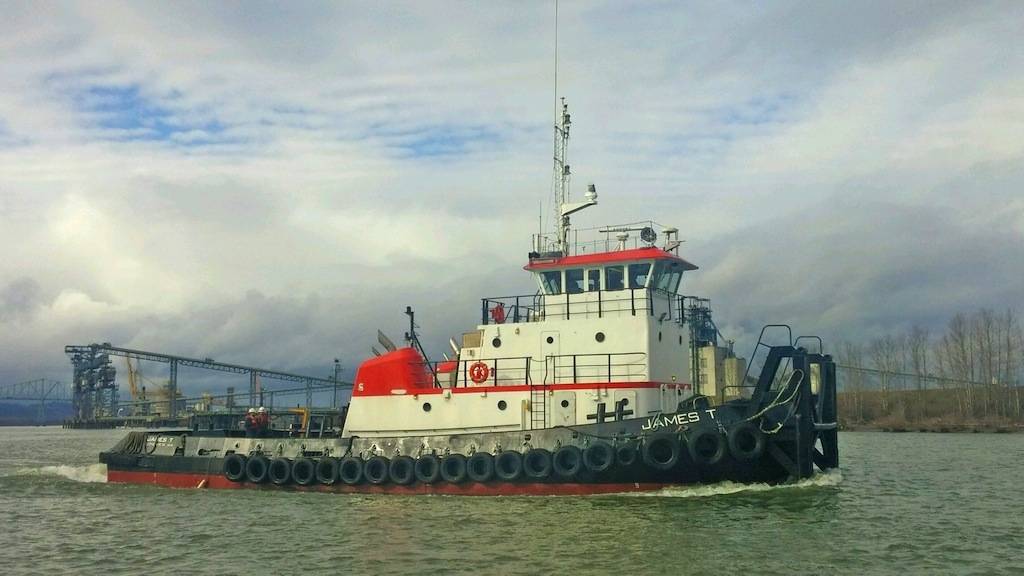 This winter will see the tug James T (ex-PT Thompson) back at work after a major refurbishment. The James T, named for the founder of Campbell Towing, James T Campbell, was built in 1982. 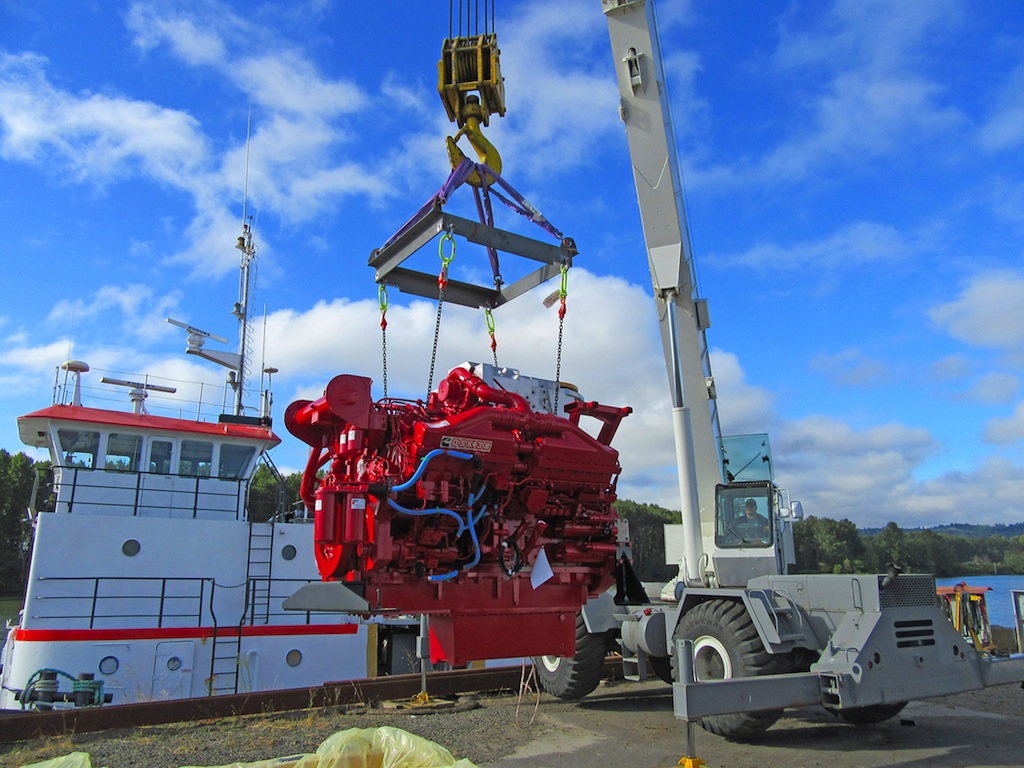 Some of the primary consideration for the selection of power and auxiliaries for the James T centered around space required, utilising engine foundations, and total cost of operations. The engines selected meet the primary requirements, that fit in the same space, utilised the same marine gear and exceeded expectations of fuel consumption.

They will see a significant reduction in fuel consumption that the owner hopes will support a great return on investment The engines selected utilise a high pressure common-rail fuel-injection system which will benefit the owner with improved fuel consumption, reduced noise and vibration, while meeting Tier 3 requirements. They provide the additional benefit of a much quieter running engine for improved crew comfort.

At the same time as the mains were replaced, the generators were replaced. The old pair of 3304 Caterpillars was replaced with a pair of quieter Tier III Cummins QSB7DM-110kW ABS packaged units with Stamford Newage UCM274E alternator ends. The owners took the additional step of adding an enclosed Cummins-Onan hotel generator for even greater crew comfort at dockside.

While they had her torn apart, the owners invested the extra effort to give this good-looking tug a real freshening and life extension. Pictures from her mid-January sea trials show a spanking orange and white paint job.

Tankage remains the same at 230m3 of diesel, 15m3 of potable water and 2,500 litres of lube oil. Following sea trials the James T already has several towing contracts booked, including two dredging contracts for the US Army Corps of Engineers contractor, JE McAmis.