Written by Baird Maritime on October 12, 2018. Posted in Harbour Tugs and Operation. 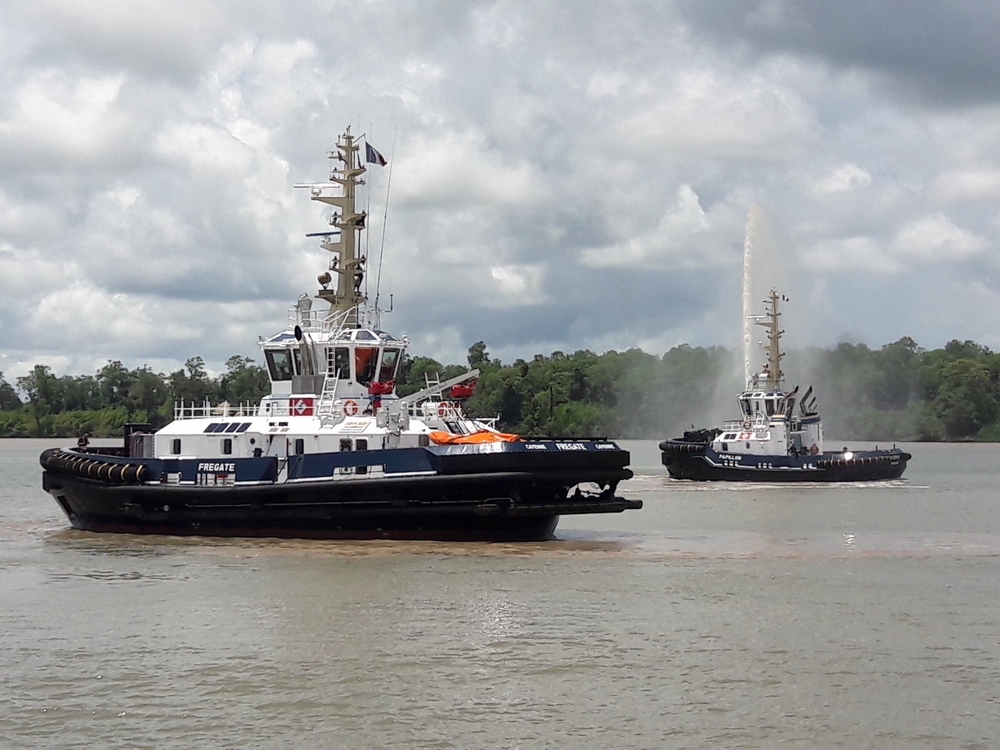 De Boer Remorquage has named two custom tugs built by Damen Shipyards Hardinxveld in a ceremony held in the port of Cayenne in French Guyana.

The reverse stern drive (RSD) WID tug Fregate has 42.5 tonnes of bollard pull as well as a water injection dredging (WID) system that enables it to maintain the depths of the harbours of Cayenne and Kourou in French Guyana.

The reason for the unusual design arose from the specific requirements of the contracting port authority GPM-Guyane, which manages the ports. It recognised that specialist tugs and dredgers could not be kept fully occupied at its locations and so in its 2016 renewal tender it specified that designs be submitted that combined both attributes in two separate vessels, one of which became Fregate.

In cooperation with Damen and GPM-Guyane, Dutch Dredging and Iskes Towage and Salvage contributed to the design of Fregate so as to ensure that it could successfully undertake its multi-role purpose, which includes fire-fighting (Fi-Fi1) and equipment transportation alongside dredging and vessel handling.

The smaller ASD shallow draught (SD) tug Papillon is another modified design, having been fitted out with equipment for surveying activities.