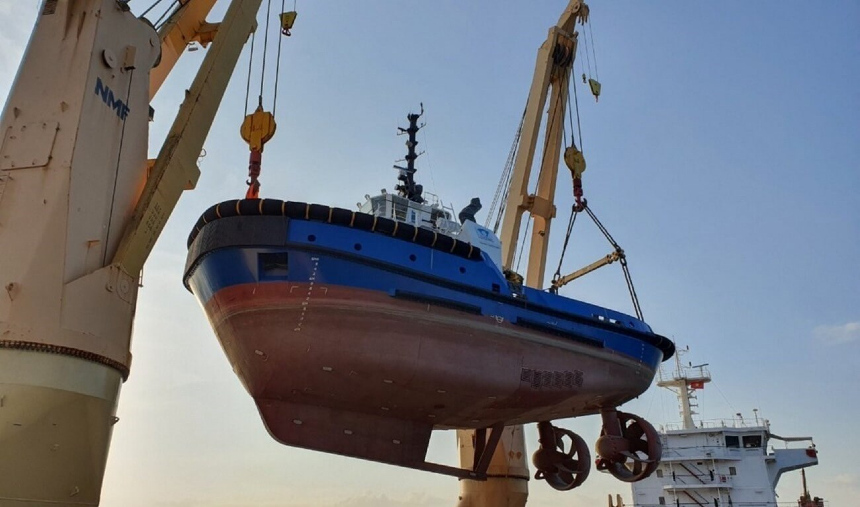 A new ASD tug built by Damen Song Cam Shipyards in Vietnam has embarked on its delivery voyage to its new owners at the Port of Esmeraldas in Ecuador.

ASD Mater will be operated by Cititug in support of bunkering operations at the Port of Esmeraldas following its arrival later in November.

The newbuild utilises Damen’s standard 27- by 12-metre ASD tug design but has modifications requested by the client including a deck crane, Fifi1 equipment, and an oil spill pollution control system.