Written by Baird Maritime on March 26, 2019. Posted in Harbour Tugs and Operation. 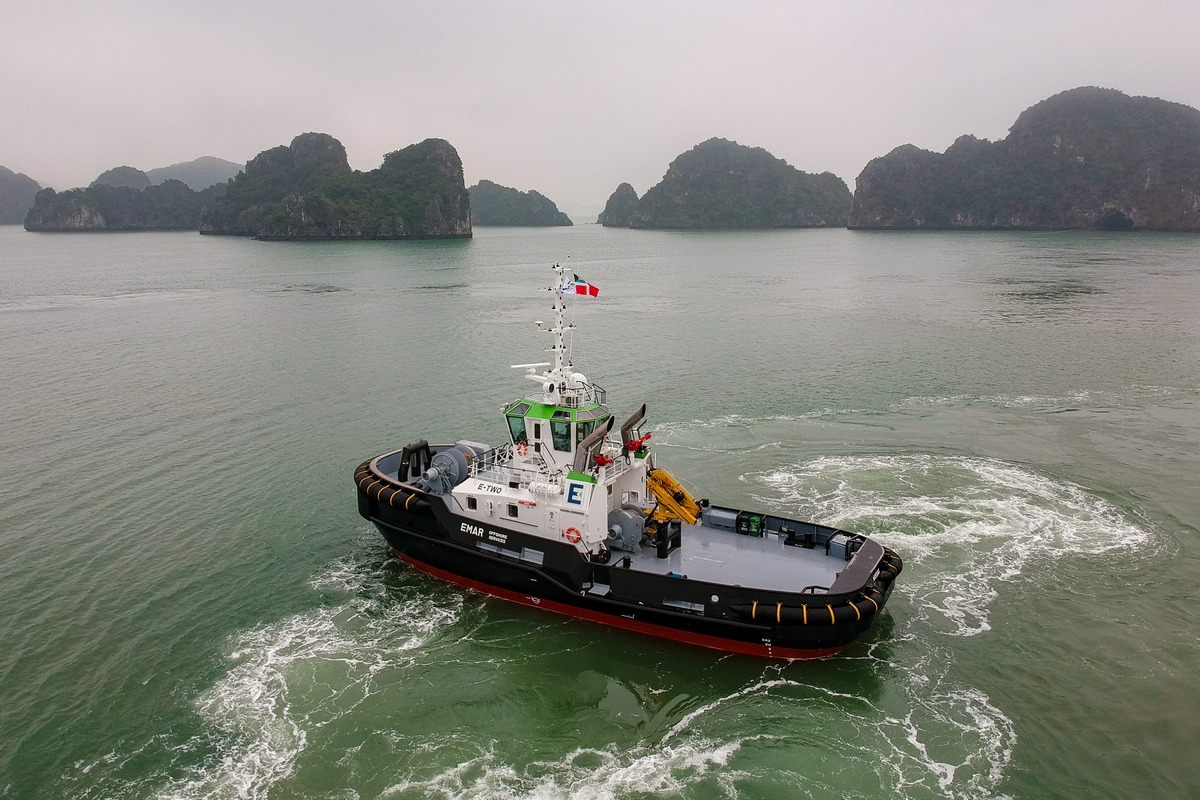 The tug, named E-Two, was ordered in November 2018 along with a request from the owners to install an additional FiFi1 system, aft winch, and hydraulic crane.

The newbuild is the fourth tug and the fifth vessel overall that Damen has supplied to Emar. It will be deployed for assisting in the berthing and unberthing of industrial vessels in major ports.