Written by Baird Maritime on December 20, 2018. Posted in Dredging and Land Reclamation, Harbour Tugs and Operation. 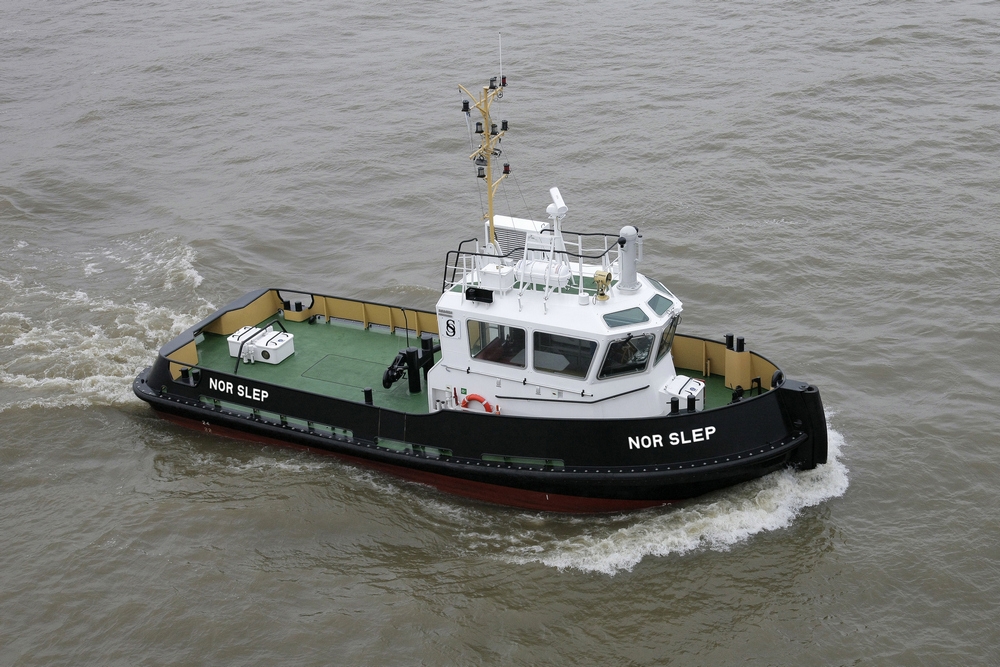 Damen Shipyards Group and Gerd Stensen of Norway recently signed a contract for the delivery of a tug for the latter company’s dredging operations.

The order for the new tug came about when Gerd Stensen received a new contract for a dredging operation in the north of Norway. The letter for intent was signed in September 2018 and final outfitting is currently underway for the tug, which was available in stock.

The tug will have a length of 16.76 metres, a width of 5.94 metres, a speed of 11.2 knots, and a bollard pull of 16 tonnes. It will also be fitted with an additional heating system to allow the crew to operate in Norway’s colder northern regions.