Written by Baird Maritime on January 23, 2018. Posted in Harbour Tugs and Operation. 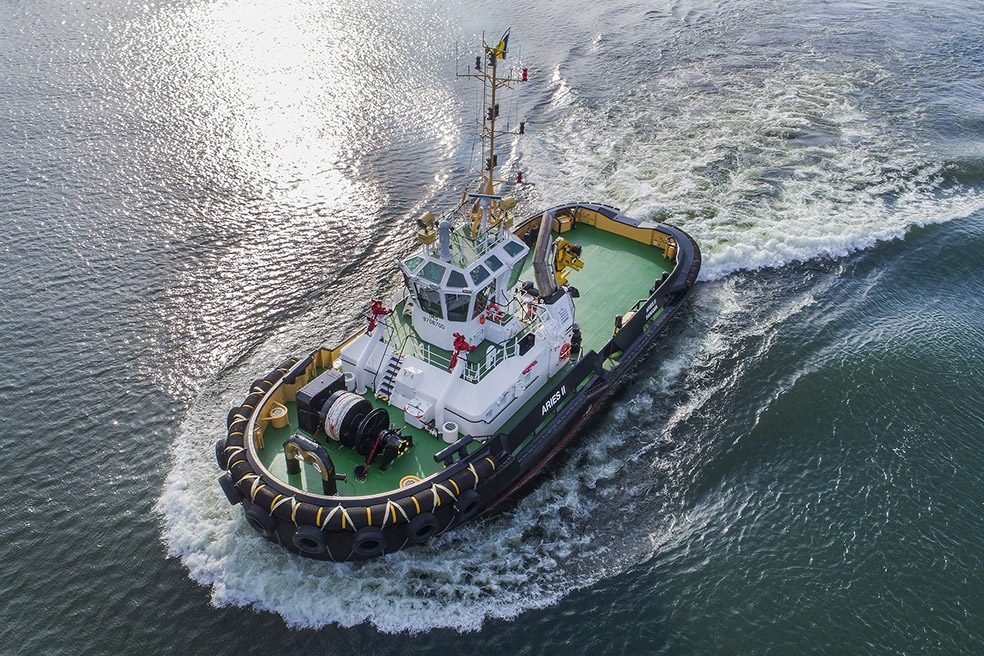 All were built at the Damen Song Cam Shipyard in Vietnam and were being held in stock.

Four of the five vessels are 26 metres long and have a bollard pull of 47 tonnes.

The larger tug is equipped with a crane and a fire-fighting system, and one of the smaller tugs was fitted with an aft winch before handover.

The tugs travelled across the Atlantic Ocean from the Netherlands on their own keels.

They will be based at Havana, but undertake assignments at various island ports.