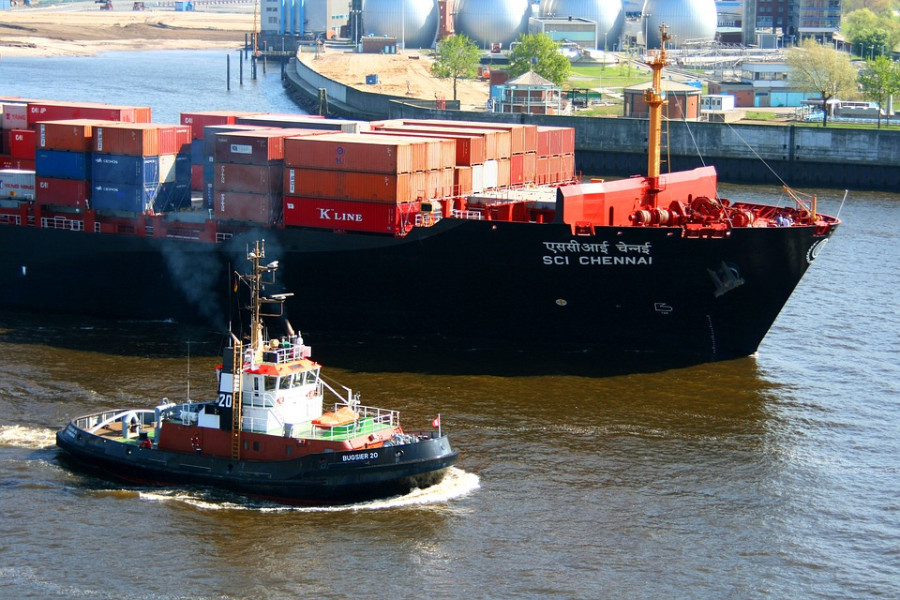 “The definition of insanity is doing the same thing over and over again and expecting a different result”.

As we hurtle towards another year, I find myself dwelling on the subject of madness. As a married man, this is something I do quite often, and other married readers will no doubt understand my position. But in this case I refer to the type of madness defined above and, at my age, I have watched some mistakes being repeated so often they have become like old friends, and I would probably miss them if they did not reappear on a regular basis.

Many of these oft-repeated mistakes are made by people who have not heeded the biblical advice contained in the first book of Timothy, that the love of money is the root of all evil. Dare I suggest the latest manifestation of this phenomenon is to be found in the cruise industry, where many companies have resumed their schedules whilst assuring their passengers that a wide range of Covid prevention measures are in place and nothing can possibly go wrong.

Needless to say, and entirely predictably, the Covid outbreaks have already started. Interestingly, many of the outbreaks have been among the crew, so perhaps it is only a matter of time before a tug somewhere makes a fortune going to the assistance of a passenger ship where the bridge team have all been struck down by the virus.

“It is probably only the local tug and salvage companies in the Philippines that believe the typhoon clouds had a silver lining.”

Still on the subject of madness, it was horrifying to read that the latest typhoon to hit the Philippines left 120 ships either sunk or aground and in danger of causing massive pollution in areas that rely heavily on tourists to support the economy. Whilst there are precious few tourists at the moment, their return will be further delayed if they face the prospect of paddling in oil during their holidays at the beach.

Typhoons, of course, are a regular feature of life in the Philippines, but you have to wonder why that beautiful country has never embarked on a massive effort to build a system of typhoon shelters so hapless local vessels have somewhere to go, which at least gives them a fighting chance of remaining afloat during the frequent storms? With thousands of people now out of work because the ships that provided their livelihood have disappeared, it is probably only the local tug and salvage companies that believe the typhoon clouds had a silver lining.

Sadly, building typhoon shelters might not be as easy as it sounds. Hong Kong is tiny by comparison to the Philippines and has fewer typhoons, yet we still have more than a dozen typhoon shelters. On that basis, the Philippines would need hundreds of the things. In the meantime, lives and livelihoods continue to be lost and only the tug and salvage companies benefit.

“Workers in an oilfield off Indonesia recently spotted what appeared to be a military tank floating past their rigs.”

In other good news, cargo volumes continue to grow, with ports as diverse as Gothenburg and Salalah having record years. This has prompted a rush of shipbuilding orders, with yards in China recording a rise in orders of 183 per cent in the year to November. Even more customers for the world’s tug fleets, I suppose, and we have recently seen a dazzling array of new tugs taking to the water. I am not going to discuss them in detail, because Baird Maritime does an excellent job of keeping us all abreast of developments, but this year we have welcomed everything from electric tugs to those propelled by gas and other substances that might not yet exist in commercial quantities, and a plethora of new designs.

Svitzer announced plans to build some in-line tugs similar to the Eddy and Giano designs, and I only wonder why it took them so long. More alarmingly, we saw a tug circumnavigate Denmark by remote control, although I was heartened to discover the autonomous tug had two captains on board whereas most of us get by with one.

We continue to belong to the most exciting, innovative, and rewarding sector of the maritime industries, in my opinion. If you can live as long as I have and still be able to say your life was never boring, then you will know you made the right career choice, even if your spouse is convinced you are mad!

Finally, and as a fitting conclusion to a most interesting year, I must refer to the tank in the oilfield. Some readers may be aware that workers in an oilfield off Indonesia recently spotted what appeared to be a military tank floating past their rigs. It was rusty and bedraggled, but seemed to have watertight integrity and, since it did not threaten any of the oil installations, it was allowed to drift off into the sunset. Fortunately somebody took a photograph, so we know it happened and is not merely a manifestation of madness in the reporters.

The only disappointing aspect is that nobody thought to summon a tug and have it towed into port. Whilst the salvage value would probably have been quite small, I cannot believe that any tug person would not have wanted the job, just for bragging rights and to prove we work in a most interesting profession in most interesting times.

Happy New Year to you all and may all your journeys lead you safely home, even without a tank on the end of the towline.