Written by Baird Maritime on January 30, 2018. Posted in Harbour Tugs and Operation. 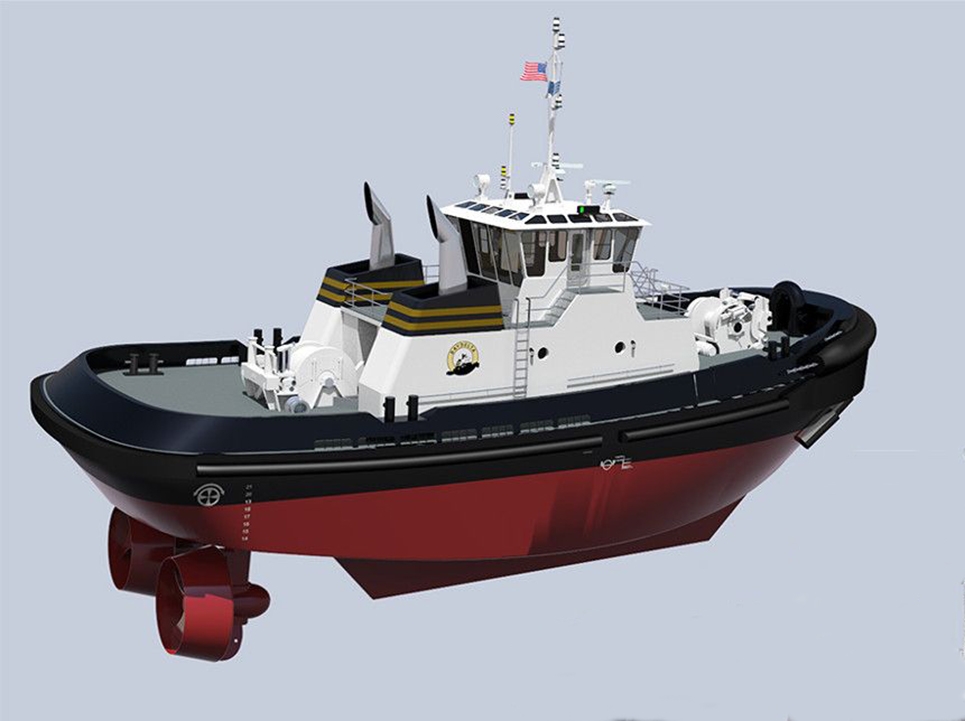 The design for a new Z-drive hybrid tractor tug for Baydelta Maritime has been unveiled in the US.

To be built by Nichols Brothers Boat Builders, the eight-berth vessel will have a Rolls-Royce hybrid system that allows it to operate direct-diesel, diesel-electric or fully electric while assisting the large containerships and tankers that operate in ports on America’s West Coast.

It will transit at up to eight knots in electric-only mode, and achieve a 90-tonne bollard pull in diesel-electric mode.

Featuring a large pilot house providing all-around visibility the vessel also has a deckhouse, a large mess and lounge area.

It will be equipped with a Rapp Marine electric hawser winch and a single-drum tow winch.

The tug, which will be ABS Load Line classed and compliant with US Coast Guard regulations, is scheduled for delivery in the first quarter of 2019.