Written by Baird Maritime on June 28, 2019. Posted in Harbour Tugs and Operation. 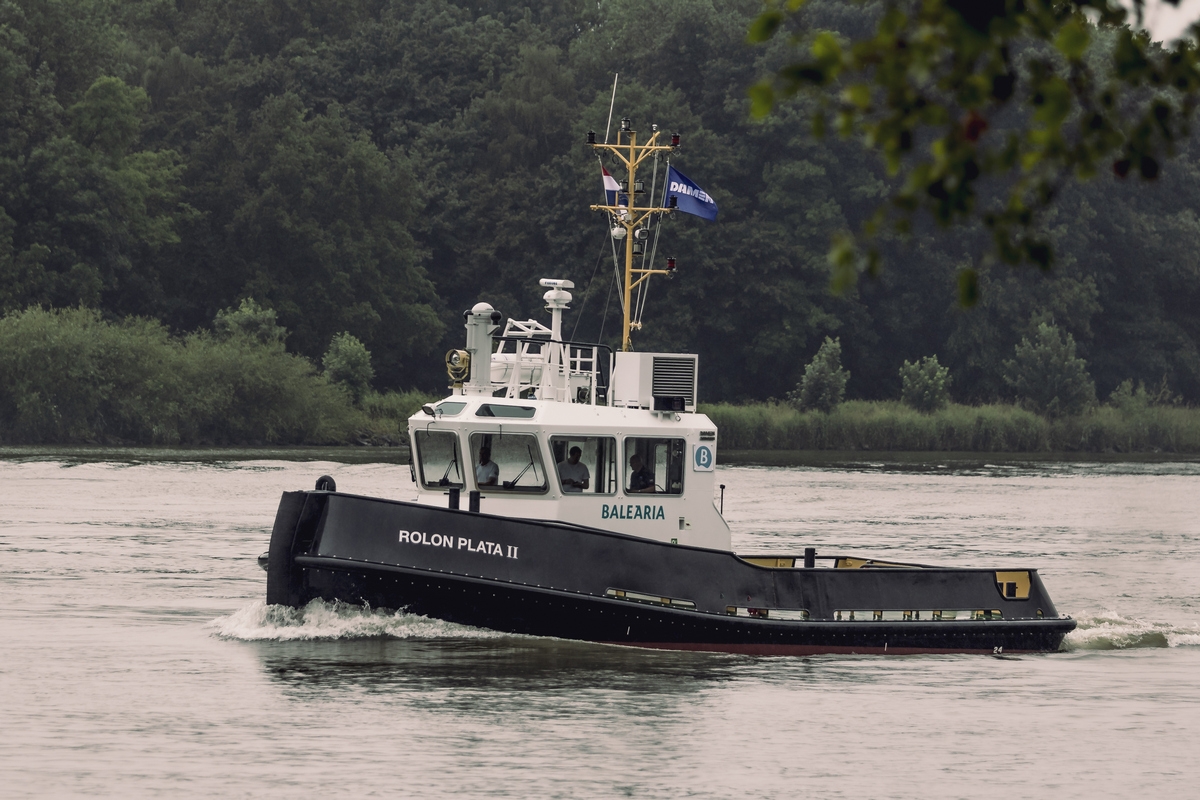 The vessel, which arrived in the Port of Ciutadella on Wednesday, June 26, has been named Rolon Plata II. The original Rolon Plata was the first ferry operated by Flebasa, the precursor to Baleària, in 1993.

Rolon Plata II will be the first IMO Tier III-compliant tug to operate in the Mediterranean Sea as well as the first Damen vessel to serve in the Baleària fleet.