Written by Baird Maritime on December 8, 2017. Posted in Harbour Tugs and Operation. 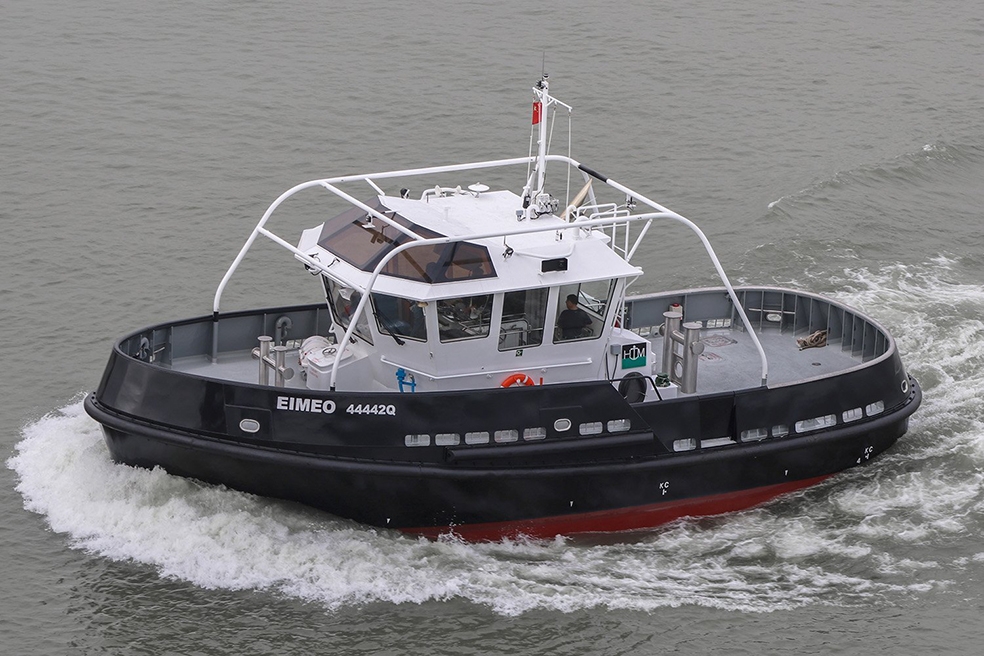 A Hong Kong-built mooring launch Eimeo is ready for operations at Australia’s Dalrymple Bay coal terminal, one of the world’s largest coal terminals.

Built by Cheoy Lee Shipyards in Hong Kong for the Mackay-based Half-Tide Marine, the Robert Allan Ltd-designed vessel has the outward appearance of a harbour tug but with a more streamlined hull.

The 15.6-metre LOA vessel is powered by a single Caterpillar engine rated as 447kW. She has a top speed of 10.2 knots.

Eimeo is expected to operate as a day boat with a crew of three but has overnight accommodation. The fit-out includes two cabins, a pantry, mess, and washroom with shower.

Designed to withstand choppy sea conditions near the terminal, Eimeo has ample freeboard, regulation height bulwarks, good stability, and oversized bilge keels to reduce rolling. A protective pipe cage is fitted over the house to prevent the ship’s mooring lines snagging on the house.

The terminal has a ship-loading facility for up to four 200,000DWT bulk carriers three kilometres off the coast.