Written by Baird Maritime on March 1, 2017. Posted in Harbour Tugs and Operation. 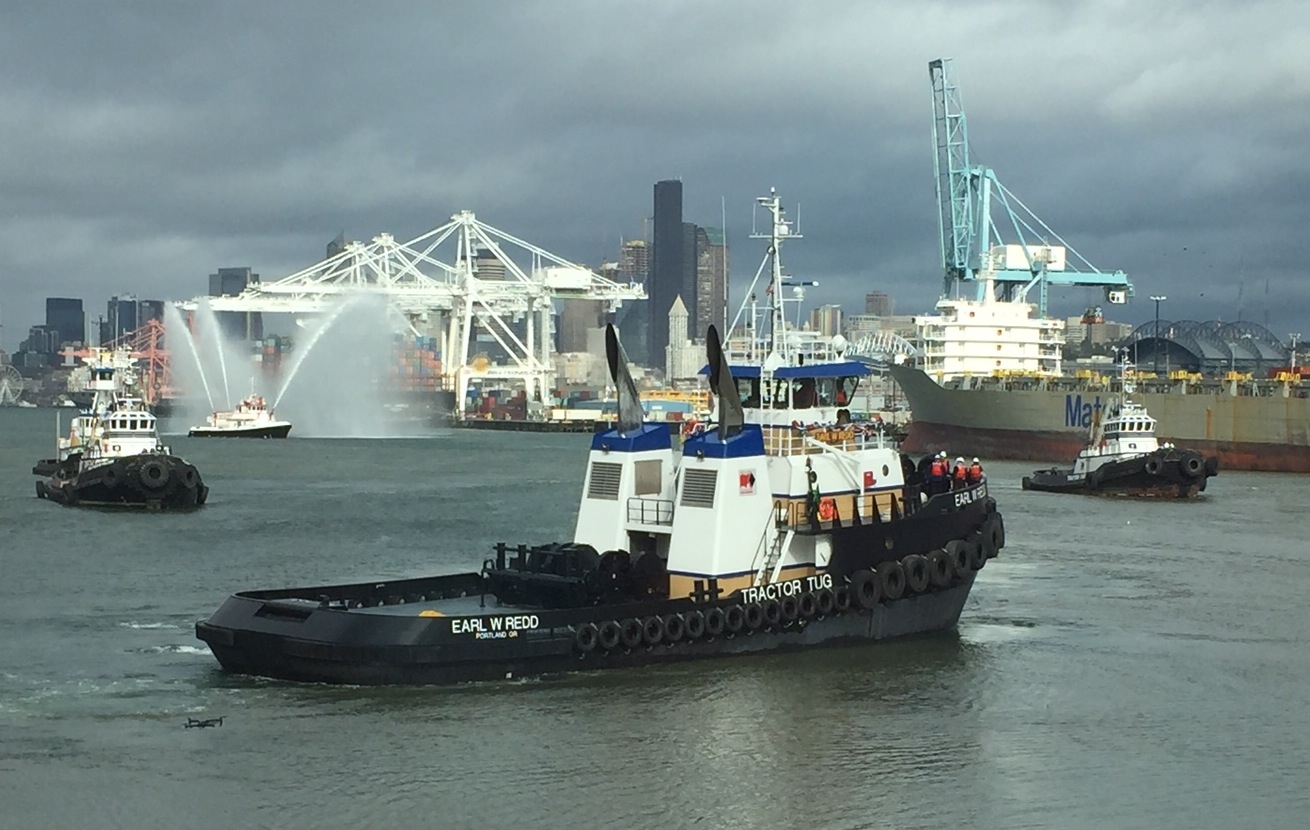 Earl W. Redd, the first tractor tug in America to enter service in compliance with the US Environmental Protection Agency (EPA)’s Tier IV environmental standards by use of a selective catalytic reduction (SCR) system, was christened in February by owner Harley Marine Services of Seattle.

An SCR system scrubs emissions by converting nitrogen oxide (NOx) into ammonia, which is then absorbed by ceramic bricks built into the engines. The technology significantly reduces the amount of NOx, particulate matter and hydrocarbons released into the environment, and makes the 37-metre vessel one of the cleanest-running tugs in terms of marine emissions.

Built at Diversified Marine’s shipyard in Portland, the Earl W. Redd is the first of seven such tugs in development by designer Jensen Maritime.

Jensen designed the vessel to carry up to 485m3 of fuel; 24.7m3 of fresh water; 4.3m3 of lube oil; and 4.78m3 of hydraulic oil. The towing gear consists of a Markey, double-drum, towing winch, with 800 metres of towing wire mounted on the stern and a Markey ship-assist hawser winch on the bow.

A large pilot house provides all-around visibility, and the deckhouse has an open feel with a large mess and lounge area along with accommodations for a 10-person crew.

Following the christening, the Earl W. Redd joined Harley’s Olympic tug-and-barge operations along the US West Coast, including in Alaska, the Puget Sound and on the Columbia River.