Written by Baird Maritime on November 21, 2017. Posted in Dredging and Land Reclamation, Tug and Salvage World. 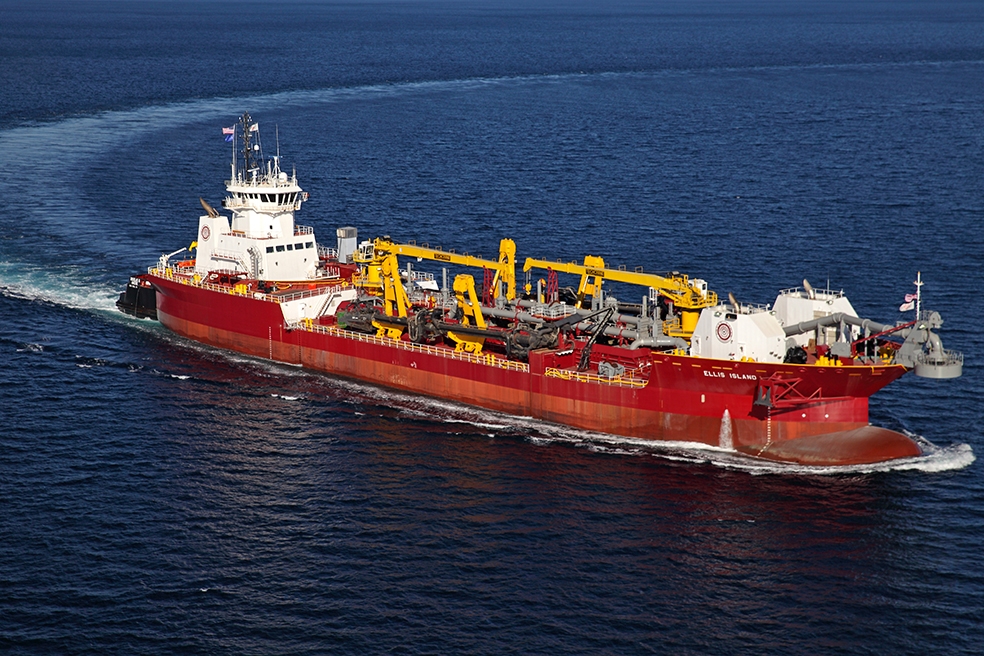 The Great Lakes Dredge and Dock Corporation (GLDD) has taken delivery of the articulated pair of the hopper dredge Ellis Island and tug Douglas B Mackie after successful sea trials.

Believed to be the nation’s biggest hopper dredger, the Ellis Island is 131.9 metres long and 28.0 metres wide with a hopper volume of 11,468 cubic metres. Ellis Island can reach speeds of 14 knots with the barge fully loaded.

The vessel’s two 0.9 metre-diameter drag arms are capable of mining sand from the ocean floor 37.1 metres below the water’s surface.

The tug can accommodate up to 26 people in 18 single cabins and four doubles. Common spaces include a lounge, exercise room, galley and mess.

The vessels will depart from Eastern Shipbuilding Group’s Allanton facility at Florida for the Mississippi Coastal Improvement Program project.