Written by Baird Maritime on June 26, 2018. Posted in Tug and Salvage World. 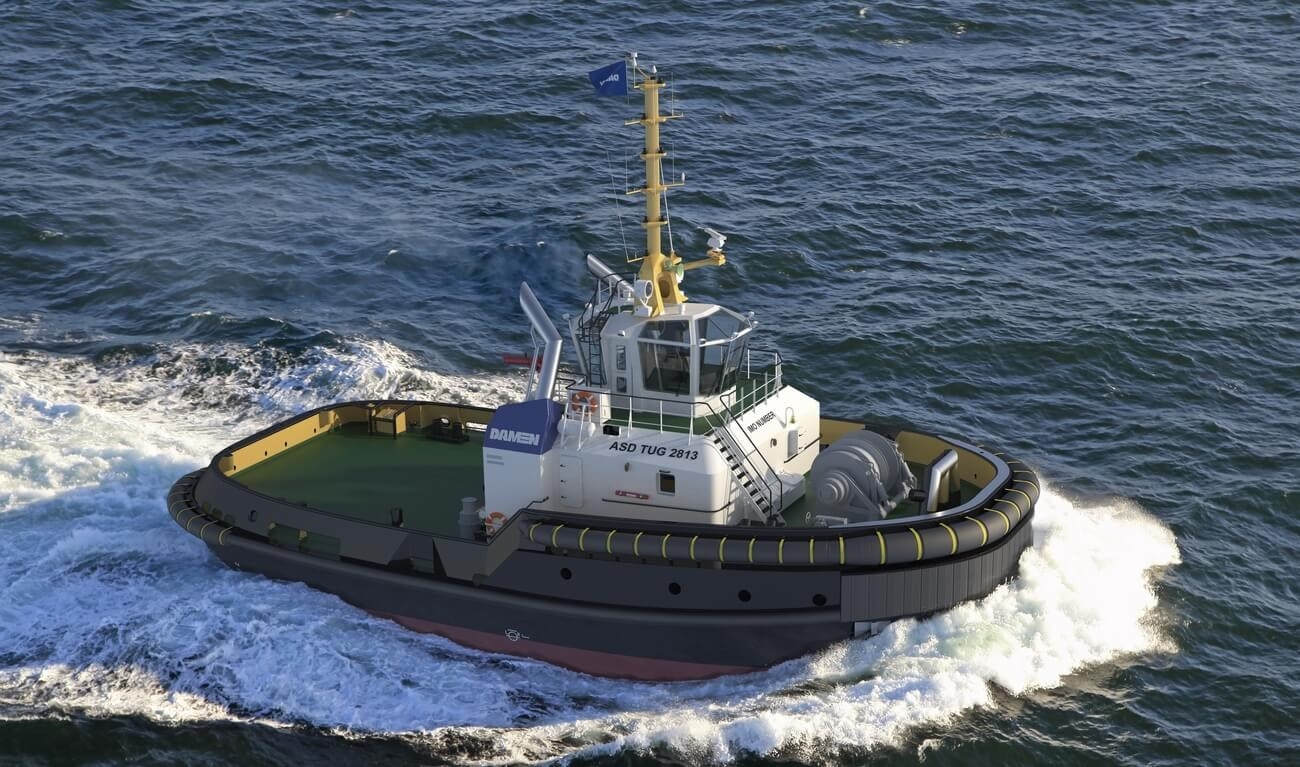 On June 25, Damen introduced its next generation of ship-handling tugs designs.

The series is composed of a mix of new designs and upgrades of existing designs.

The new range of tugs offer bollard pulls ranging from 60 to 80 tonnes.

The other two released designs are upgraded versions of previous designs.