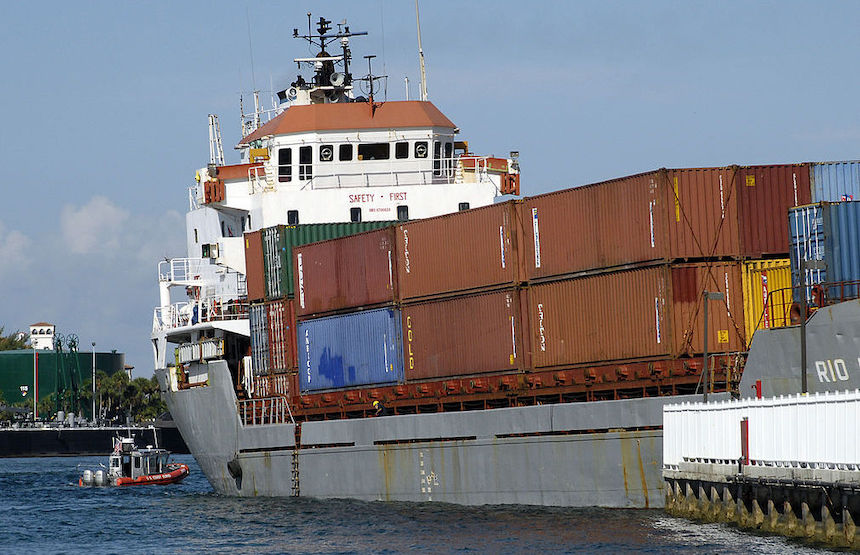 Recently there seem to have been more and more cases of ships hitting jetties, often damaging expensive shoreside infrastructure and always hurting themselves in the process.

But is this really true? Accidents in port might receive more coverage simply because there is almost always somebody nearby with a mobile telephone. Video footage of such accidents is likely to be posted online even before the last crane topples.

In an effort to clarify the frequency of such accidents I did some internet checking and discovered…very little. The Japan P&I Club did some research which indicated that eight per cent of accidents involving vessels entered with them are due to collision with shore structures*, and the archives of one respected accident investigation branch contain about two cases per year for the past six years. Apart from that the statistics, as normal, did not answer the question I was asking.

So I am going to say that, whether the number of such accidents is increasing or not, there are far too many of them and something must be done. But what?

“Otherwise, people will blame the tugs – they generally do”

Perhaps we need to look at the way ports are run. Traditionally, all the port service providers have operated independently and regarded the other providers with suspicion, not to say outright hostility.

I remember having two tugs in a Central American port some years ago, and our crews did not enjoy the experience. The pilots tended to come through the breakwaters at almost full sea speed, then slam on the brakes as they neared the berth, while calling for the tugs to make fast immediately.

Unfortunately, the tugs were unable to keep up with a ship doing 15 knots, and were generally criticised for their tardiness. All our attempts to reason with the pilots failed, and the port authorities were not really interested in confronting them, so nothing was done and we left the area after three months with a huge sigh of relief.

Sure enough, a few weeks later we read of a ship that did not stop in time and wiped out the shoreside crane in fine style. I still wonder if the port learned any lessons from the experience.

It would be sensible, of course, if all the port service providers sat down together and discussed risk management, but this seldom happens and there are no rules to say that it should, except possibly in the United Kingdom, which has the Port Marine Safety Code (PMSC).

Now the PSMC instructs ports to ensure that marine risks are formally assessed and eliminated, or reduced to a level that is as low as reasonably practicable. Ports must have a marine safety management system designed to control all risks, and must ensure proper control of vessel movements within their port.

This is good stuff, and you can imagine that one of the risks considered would be ships approaching their berths at speeds which do not permit the attending tugs to control them when the steering fails or they black out in the final approach. Alternatively, larger units could be demanded if the existing tugs were not sufficiently powerful, or if larger vessels started using the port.

The problem is, I am not aware of similar legislation in other countries, and it is not even a legal requirement in the UK. I believe ports are encouraged to follow the PSMC, and told that the courts may not look favourably upon them if they don’t, but it is not a statutory requirement.

So what are tug companies to do? You could do nothing, of course, and there is every chance that nobody would really care, but dare I suggest it is time to sit down with your local port authority, pilotage association and the owners of the jetties and quay cranes to talk about enlightened self-interest?

A serious contact with a quay crane is likely to put the berth out of action for months, so the port and the terminal operator have a financial interest in ensuring it does not happen. They can probably put pressure on the pilots to approach the berths in a safe manner so the attending tugs can gain control when disaster strikes, and if the tugs are not powerful enough you can always buy bigger ones. The beauty of bigger tugs is that they cost you and the other locals absolutely nothing, because visiting ships pay for them in the form of higher tug tariffs.

It seems to me that collisions with shore facilities are preventable if all parties in a port work together, and we all know of well-run ports where accidents are exceedingly rare, but I recognise there are still plenty of ports around the world where nobody cares and anyone proposing such sensible policies would be ignored or ridiculed.

But there should be no excuse for not at least trying to make ports safer. Even better, make your proposals in writing so that, when the inevitable happens, your yardarm is reasonably clear. Otherwise, people will blame the tugs – they generally do.

I once worked for a very wise man that always said he would talk to anyone, because talking cost him nothing and some good might come of it. And even if it did not, at least talking to the bastards might give him an idea of what they were thinking. There are plenty of ports that might benefit from this sage advice. As Sir Winston Churchill said, “to jaw-jaw is always better than to war-war”. He might have added that it is also better than knocking down expensive quay cranes.

*I refuse to use the word “allision” because it is a poncy modern abomination, does not appear in my trusty compact dictionary and did not exist in my youth. Anyway, the Oxford English Dictionary says it is only ever used to describe a ship striking another, stationary, ship. Readers may also take out a contract on me if I ever use “metrics” or “tugboat”.