Named Three Gorges Rudong after the massive Three Gorges hydroelectric dam that sits on the Yangtze River and the county of Rudong in the eastern province of Jiangsu, the all-steel offshore converter was built in compliance to China Classification Society (CCS) rules. It has since been deployed to the country’s largest offshore wind farm, the CTG-operated 200-turbine Jiangsu Rudong development in the Yellow Sea located 50 kilometres off the coast of Jiangsu province at water depths of between nine and 22 metres.

CCS said that Three Gorges Rudong is the first offshore converter station to be constructed in Asia. The Chinese Government also claims it is the largest offshore structure of its kind in the world, with a displacement of approximately 22,000 tonnes and standing nearly as tall as a 15-storey residential building. 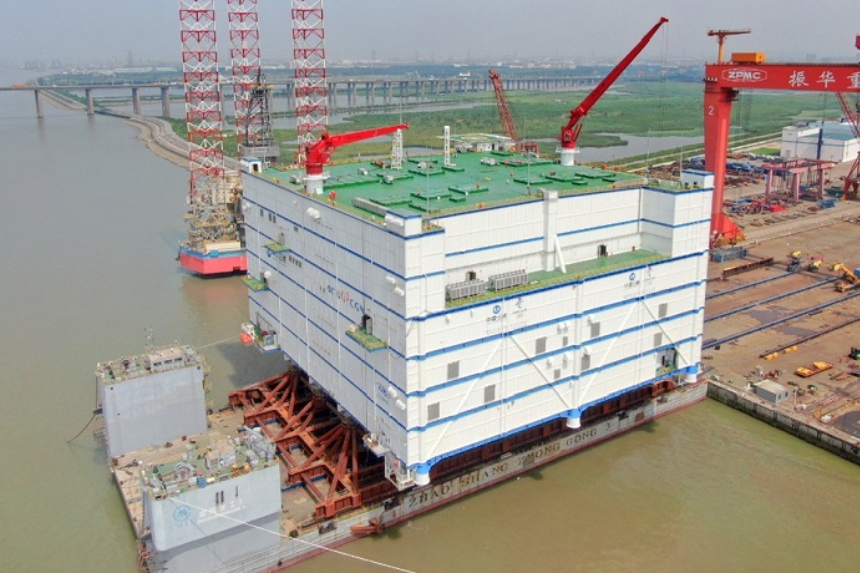 Installation of the massive offshore station was accomplished using its own ballast and by leveraging the natural action of the tides, a technique similar to what the Suez Canal salvage teams employed to dislodge the stranded 400-metre containership Ever Given earlier this year. This approach was implemented by the project team after it became evident that the greatest conventional lifting capacity available was limited to only 12,000 tonnes, or around  half of the converter’s total displacement.

The main role of the offshore station will be to collect the total 1,100 MW of electrical output from the three main sites of the Jiangsu Rudong offshore wind farm, convert it into direct current with lower power loss, and transport it to shore stations in Jiangsu province via an undersea cable. This flexible DC power transmission technology offers a number of benefits, not the least of which is its ability to compensate for the shortcomings that are inherent in traditional AC power transmission over great distances. 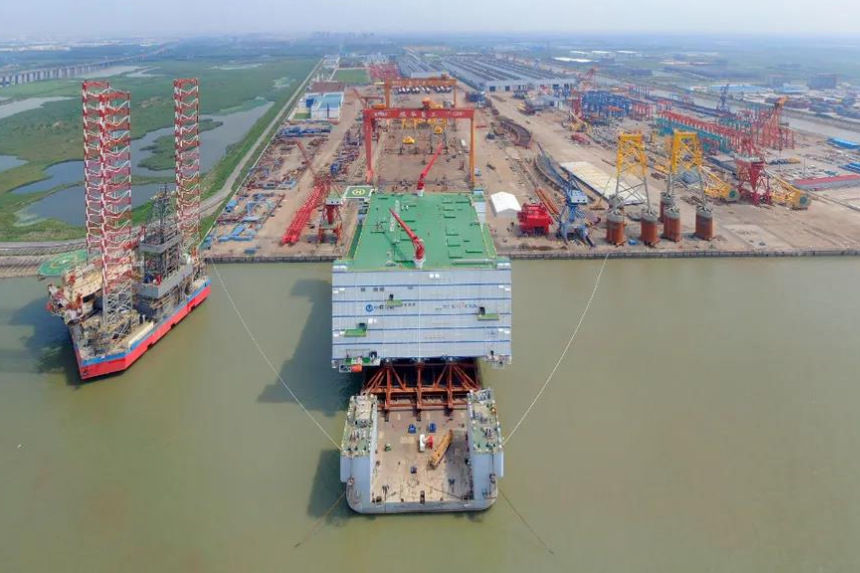