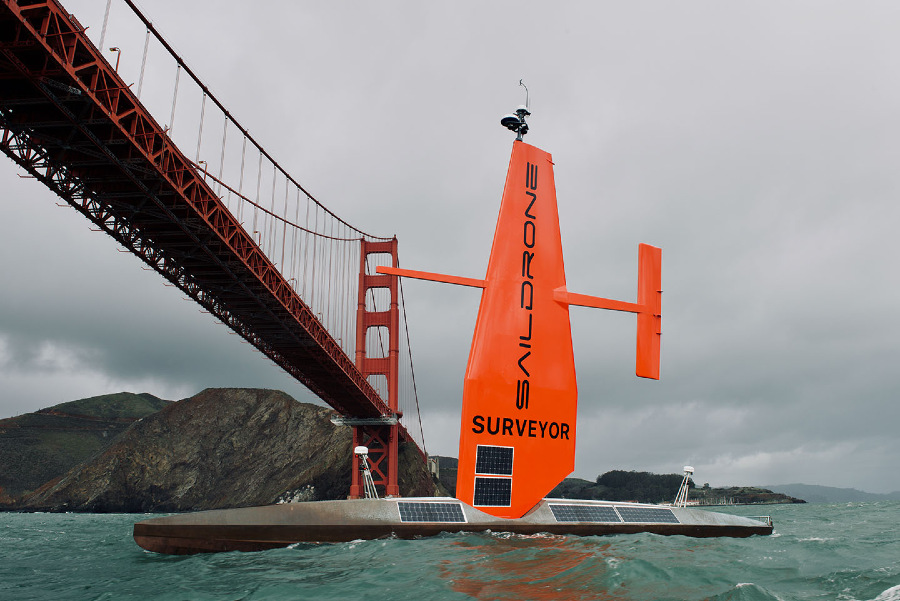 Saildrone Surveyor is the first in a new series of large USVs that are designed to be capable of missions of up to 12 months in duration in the open ocean, even under adverse weather conditions. Development of the craft was driven by the need to acquire a survey capability similar to that provided by traditionally manned vessels but at a fraction of the cost and with a significantly smaller carbon footprint.

With a hull made from stainless steel and carbon-fibre composite, Saildrone Surveyor carries sonar equipment capable of seafloor mapping down to 7,000 metres as well as various other acoustic instruments that may also be utilised for shallow-water ocean mapping. These include a Kongsberg EM 304 multi-beam echosounder and two acoustic Doppler current profilers (ADCPs) from Teledyne and Simrad to measure the speed and direction of ocean currents and understand what is in the water column. The USV is also equipped with a Simrad EK80 echosounder for use in assessing fish stocks.

The incorporation of sophisticated sensors was done in part to ensure that an unmanned vessel that is limited to operating on the surface of the water can still provide oceanographic data with nearly the same degree of accuracy as that delivered by sensor-equipped, deep-diving manned submersibles. However, one notable advantage offered by the new Saildrone USV is that it can collect data on underwater anomalies such as underwater volcanoes and hydrothermal vents but without placing submersibles with embarked human crews at risk.

In addition to ensuring near-unlimited range and operating endurance, the use of wind and solar energy for propulsion and for supplying power for the sensors also means that the USV generates little noise and vibrations that would otherwise negatively affect the quality of the data gathered by its sensors. This also minimises any adverse impact that the craft’s operations may have on the surrounding marine environment.

The USV is capable of fully autonomous sailing along preprogrammed routes. Any oceanographic data that it collects will be transmitted to Saildrone’s headquarters at the former US Navy base in Alameda, California, for later study by government and private scientists.

Saildrone Surveyor was developed through a public-private partnership (PPP) with the University of New Hampshire (UNH) and the Monterey Bay Aquarium Research Institute (MBARI) to integrate and test sensors for mapping the seafloor and revealing life in the water column. While conducting ocean mapping missions, the USV will collect samples of environmental DNA (eDNA) from the water column. Saildrone said that this DNA that originates from the sloughed-off skin, mucus, and excrement of a wide variety of marine animals will help reveal the genetic composition of organisms inhabiting the water.

This PPP was supported by a three-year grant from the National Oceanic and Atmospheric Administration (NOAA) Office of Ocean Exploration and Research (OER) through the National Oceanographic Partnership Program (NOPP).

Another potential use for the USV is site characterisation in preparation for the construction of offshore energy infrastructure such as wind turbine generator foundations.

Saildrone Surveyor‘s maiden operational voyage, which was concluded in early July 2021, saw it sail 2,250 nautical miles from San Francisco to Honolulu over a span of 28 days. Throughout the journey, the USV mapped numerous previously unexplored regions of the Pacific within an area totalling 6,400 square nautical miles, partly to allow the project team to gauge the performance of the onboard sensors under typical operating conditions. 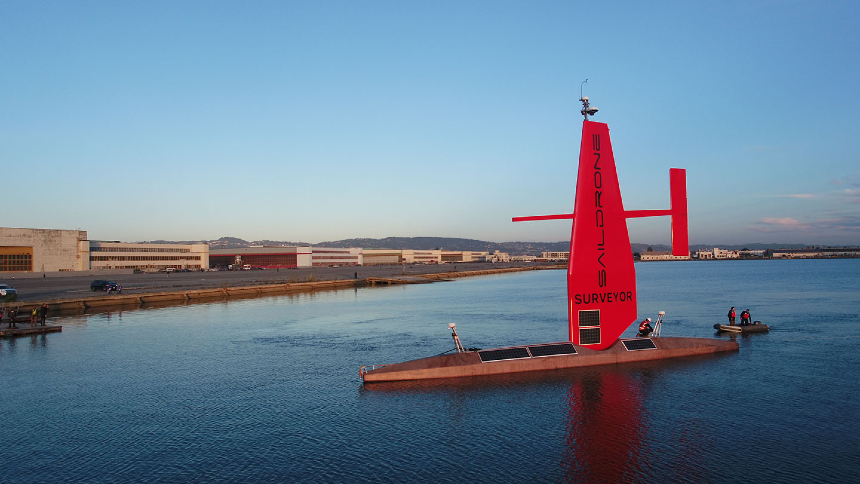