Okeanus Science and Technology, a Louisiana company specialising in the sale and rental of marine research and survey equipment, has taken delivery of a new autonomous surface vehicle (ASV) from Florida-based unmanned systems manufacturer SeaRobotics.

The 5.9- by 2.9-foot (1.8- by 0.91-metre) man-portable catamaran craft that will be used by Okeanus’ customers for remote marine surveys belongs to a series of unmanned vehicles that have already proven their capabilities in hydrographic and post-disaster surveys on behalf of various commercial and civil operators, including the US Navy.

The craft can operate for up to seven hours at a speed of two knots and can stay afloat and upright when subjected to Beaufort force four winds. Autonomous operation will still be possible even if external air temperatures drop to minus 20 degrees Celsius.

A 1.5kWh lithium-ion battery supplies power for the craft’s two 1kW brushless DC pocket thrusters to deliver a service speed of four knots. Steering of the craft is via differential thrust.

Okeanus’ newest ASV boasts sensors that include an EdgeTech 2205 variable-frequency side scan sonar specifically developed for use on small unmanned vessels, an SBG Systems inertial navigation system with dual antennae, an RTK radio, an AML micro SV sound velocity sensor, and a Velodyne Puck LIDAR for mapping surface features. SeaRobotics said the LIDAR will allow the craft’s operator to capture a 360-degree view of all data points. 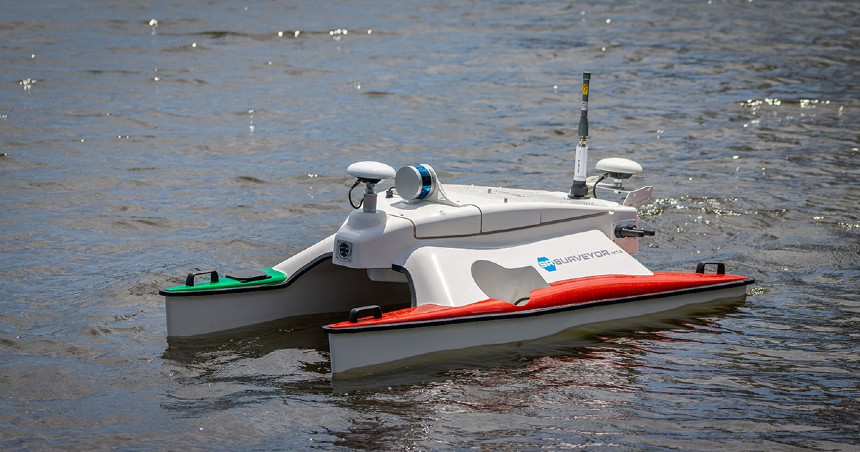 The ASV also comes equipped with a multi-beam echosounder capable of efficient and accurate collection of data over a wide swath. The craft’s two pontoons contain payload bays that can accommodate additional sensors such as Doppler velocity logs and a Sontek M9 acoustic Doppler current profiler (ADCP), which will be used for measuring the speed and direction of water currents.

All sensors are linked to an onboard Intel Core i5 data acquisition computer, which then transmits all data collected by the sensors to a vessel- or shore-based monitoring and control centre in real-time. This computer has been designed to enable the sensors to continue collecting data autonomously even when there is a loss of communication between the ASV and its dedicated monitoring and control centre.

SeaRobotics said the ASV was developed with the objective of streamlining survey logistics and optimising data acquisition by providing operators with a complete, fully-equipped package that may already be used for a variety of research and survey duties without the need for add-on sensors. Also, because many of the craft’s sensors are made from commercial off-the-shelf components, replacement of components or even entire sensors can be done quickly and at less cost compared to more complex unmanned survey platforms.

The ASV is optimised for use in shallow, inland, and coastal waters, making it ideal for bathymetric studies, habitat mapping, structure inspection, and search and rescue (SAR) missions. Thanks to the craft’s small size and light weight, set-up and deployment can be easily and rapidly completed whether from shore or from a crewed mothership even without ramps or davits.

Okeanus said the SeaRobotics ASV is the most recent addition to the company’s growing portfolio of turnkey survey solutions and is available for rent immediately. 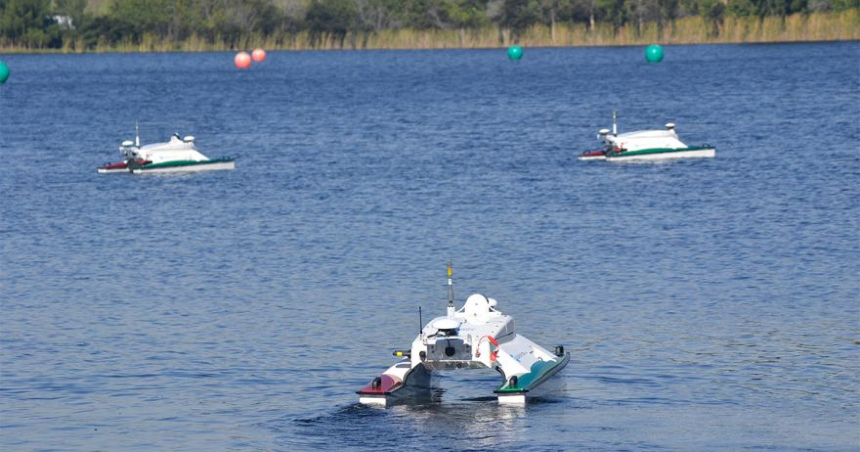