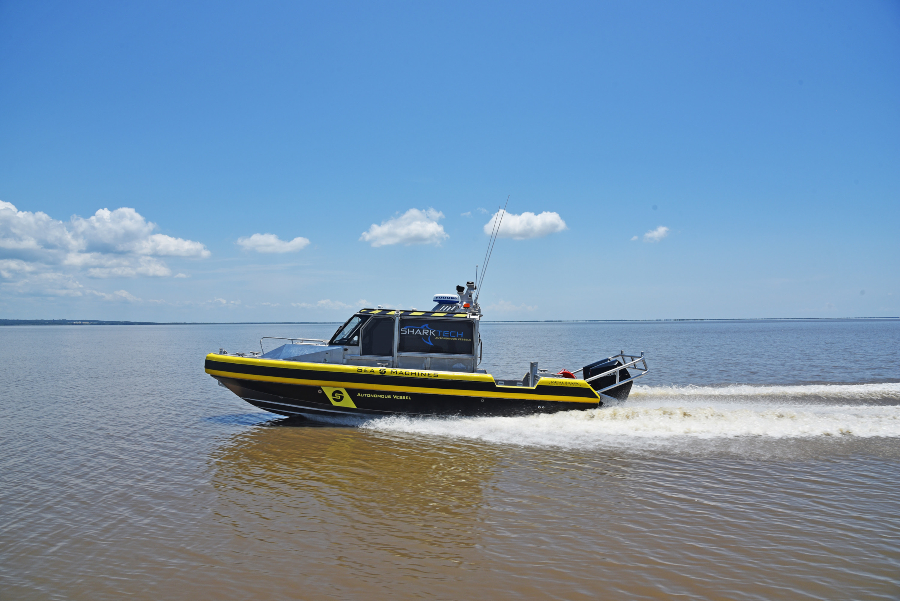 Sea Machines Robotics and Metal Shark Boats have introduced a new series of autonomous vessel to be marketed to both commercial and government customers.

The 29-foot (8.8-metre) vessel, which is offered through Metal Shark’s new Sharktech autonomous division, is equipped with a Sea Machines autonomous control and monitoring system that allows for traditionally manned, reduced-crew, or unmanned autonomous operations.

The vessel and all onboard systems are commanded via a direct wireless PC-based user interface. An industrialised remote control with joystick provides manual control for situations when autonomy mode is not required, and an available belt-pack remote allows for vessel, systems, and payload control within a one- to two-kilometre range.

The system frees the operator from the helm to allow manned, technology-assisted control from anywhere onboard the vessel. Alternately, when unmanned operations are required, the vessel and its onboard systems may be monitored and controlled via network connections from a shoreside station or second vessel.

Powered by twin outboard engines, the vessel can achieve top speeds in excess of 45 knots.