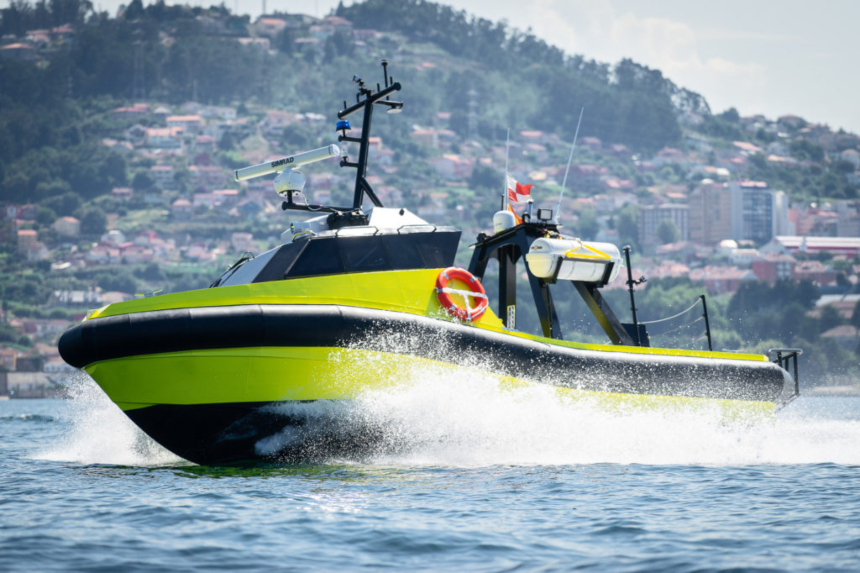 The port authority of the Spanish territory of Ceuta on the North African coast has begun operating a new unmanned surface vessel (USV) jointly developed by shipbuilder Aister and defence firm Navantia.

The aluminium vessel is being used for surveillance, maritime traffic control, search and rescue (SAR), and environmental protection duties.

The USV has an LOA of 10.23 metres, a beam of 3.25 metres, a draught of 0.6 metres, and a 260kW outboard engine that delivers a maximum speed of 25 knots. It also has a bollard pull of one tonne, an automatic mooring system with pontoon, a 360-degree-view camera, and a system for launching flares.

The vessel is designed for full autonomous sailing though it may also be operated by an onboard crew or by a controller from a shore station.