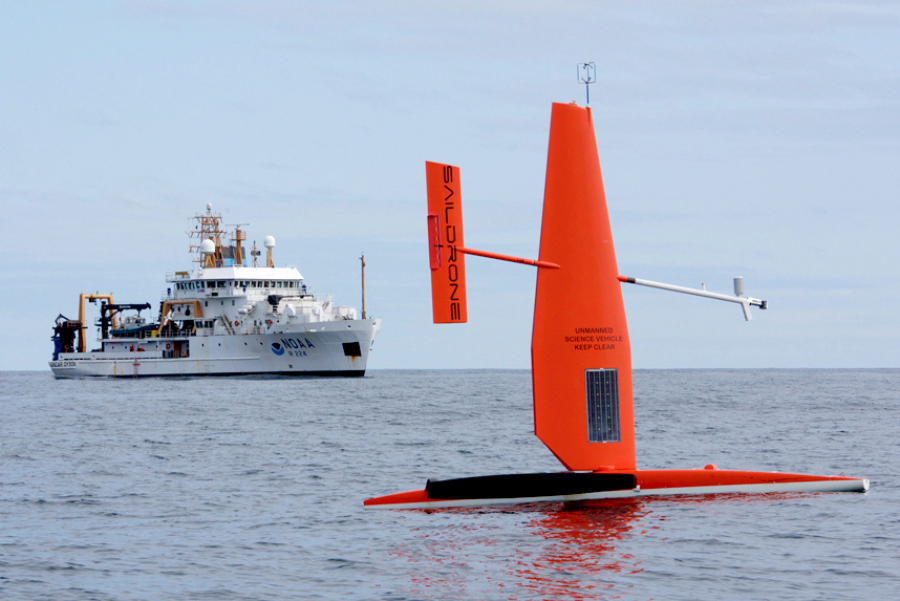 A study recently conducted by NOAA Fisheries has demonstrated that unmanned surface vehicles (USVs) can expand the range and duration of ship-based acoustic fish surveys.

Alex De Robertis, an NOAA Alaska Fisheries Science Center scientist, said the study was conducted to determine the feasibility of USVs in filling in a capability gap brought about by the limitations of manned ships in performing acoustic surveys.

Specifically, ship-based surveys are generally short in duration and are mostly done in summer, leaving scientists wondering about the conditions of fish stocks during other times of the year.

Ships and USVs working in tandem

Autonomous vessels, especially those powered by renewable energy sources such as wind and solar energy, also possess endurance not possible on manned ships, hence enabling them to sail farther for longer.

De Robertis concedes there are some limitations that mean USVs will only complement and not replace manned vessels for fish surveys. Firstly, the current generation of fish survey USVs cannot accurately determine fish abundances in lower latitude, higher-diversity environments and are thus best used in fish communities dominated by single species, as is the case in many high latitude environments like Alaskan waters.

During the study, De Robertis’ team collaborated with other groups to equip a pair of wind-powered USVs with fish finders and deploy them for months. They made “follow the leader” comparisons with the NOAA research ship Oscar Dyson in areas of the Bering Sea where midwater fish are dominated by walleye pollock.

The team found that the USVs collected high-quality acoustic data over a long-term deployment of 103 days. The numbers of fish detected by the USVs compared well with those of Oscar Dyson.

However, in some cases, the fish appeared to dive when Oscar Dyson, a noise-reduced vessel designed to minimise fish avoidance reactions, approached. This happened only when the fish were at depths of less than 100 metres and was more pronounced at night.

Fish at deeper depths showed no avoidance response to the ship.

In Alaska, however, such occurrences do not pose problems as NOAA Fisheries surveys in the area typically occur during the day when fish are at deeper depths.

De Robertis said that fish react to even the stealthiest of scientific research ships in some situations and that the use of USVs with even lower noise emissions may help scientists learn more about this behaviour, as well as collect information that could not be accessed prior to the introduction of this autonomous technology.

Recent advances in autonomous vehicles together with the development of highly capable fishfinders (echosounders) with low power requirements made long-term acoustic measurements of fish abundance possible. With that, NOAA Fisheries has already begun to explore the many possibilities that USVs equipped with acoustic fishfinders offer for research that could not be done before.

NOAA Fisheries is also looking into the possibility of using such vessels for other purposes such as studies of seasonal migration patterns of fish and of predator-prey relationships of top predators such as northern fur seals.

De Robertis added that USVs are being used to follow the fur seals and survey fish in their foraging areas to help NOAA scientists gain a much better understanding of how fur seals respond to prey variation than was previously possible.