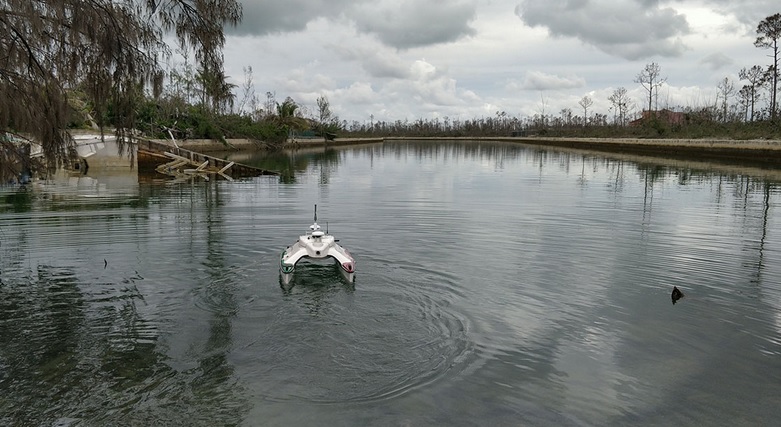 Morgan and Eklund (M&E), a Florida-based hydrographic survey firm specialising in coastal and nearshore areas, has released details of an exclusive assignment carried out last year as part of the search and recovery efforts in the hurricane-torn Bahamas following the widespread destruction caused by Hurricane Dorian.

The survey team was contacted in late 2019 by the Grand Bahama Port Authority (GBPA) and tasked with providing detailed imaging of a 32-kilometre stretch of the ravaged waterways used to navigate the island.

While the full recovery efforts will take years, one of the more immediate steps was to successfully clear critical access points and identify hazardous debris left behind by Hurricane Dorian, a category five system that battered the islands with 160-knot sustained winds and a 25-metre storm surge in September 2019. A report published by the National Hurricane Center revealed the hurricane left over 200 people dead, over 75 per cent of homes on the island of Abaco damaged, approximately 29,000 people homeless and/or jobless, and damage amounting to US$4.68 billion.

M&E used a 1.8-metre autonomous surface vehicle (ASV) developed by SeaRobotics to render detailed 3D imagery of the affected waterways, thus helping the GBPA identify the distribution and depth of the debris and ultimately prioritise areas for clearing.