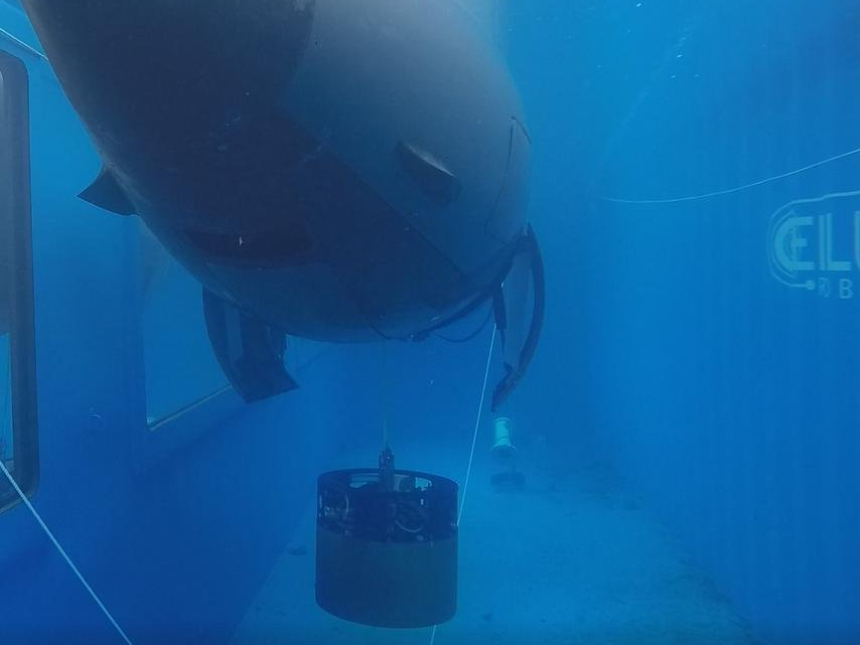 Canadian subsea systems specialist Cellula Robotics has successfully completed the second round of tank tests and sea trials of the Solus-LR autonomous underwater vehicle (AUV), the company confirmed via a social media post on Wednesday, March 18.

The AUV is a fuel cell-powered vessel designed to be capable of submerged missions over an operating radius of 2,000 kilometres. It is currently being built for Defence Research Development Canada.

The first set of sea trials, which were conducted in December, focused on validating basic autonomous behaviour including surface and submerged missions in Port Moody off Burrard Inlet with support provided by the survey vessel Cellula Ranger.

Over the previous month, a suction anchor and variable buoyancy engine module had been added to the AUV and the second set of builder’s sea trials were completed. The suction anchor enables the AUV to hold station at a surveillance location in a low-power quiet mode for extended duration missions.

The final set of builder’s trials is scheduled for April 2020 and will see the fuel cell power module integrated to compete a number of long-endurance missions.

The project will conclude in the summer of 2020 with a 2,000-kilometre mission in the Indian Arm near Vancouver. This mission will see Solus-LR completing 10-kilometre laps between navigation and communications buoys, providing regular updates to a remote mission control centre via underwater communications.