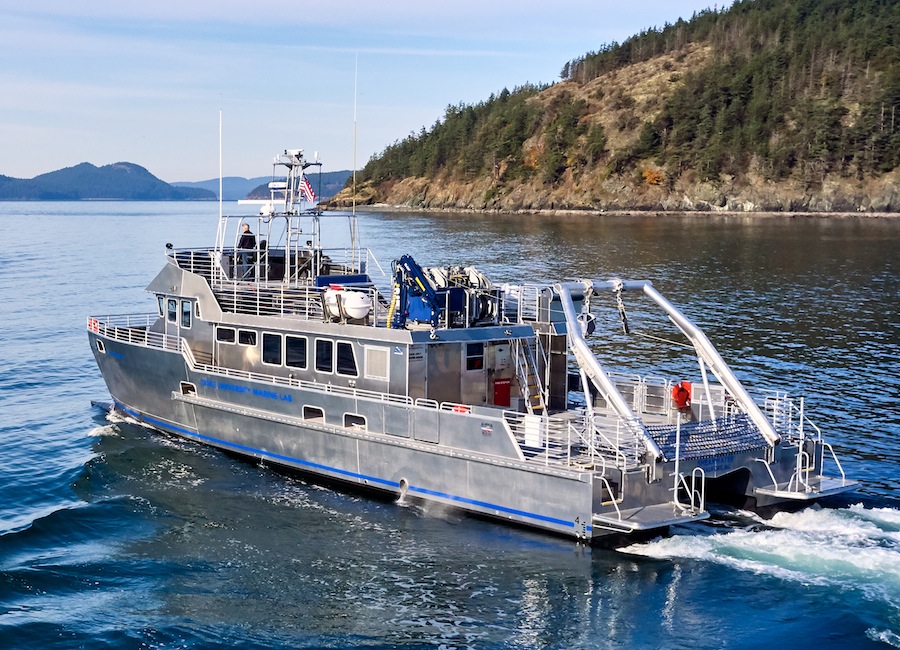 When the former research vessel, the Susan Hudson, was retired in 2014, the DUML identified a new, more advanced vessel as vital to the operations of a world-class marine research laboratory, and determined it a strategic priority.

The goal was to design a research vessel that would enhance the education and research activities of the DUML, strengthen community outreach, and support collaborations in academia and the ocean science research community.

The new vessel was based upon two successful Teknicraft Design vessels built for NOAA in the US. Teknicraft’s hydrofoil-assisted hull features its sickle bow design, providing effective seakeeping and fuel economy.

The aluminium research vessel will operate primarily from Chesapeake Bay to the Florida Keys and out to 200 nautical miles offshore to the continental shelf. Occasional trips will also be taken to the Bahamas. 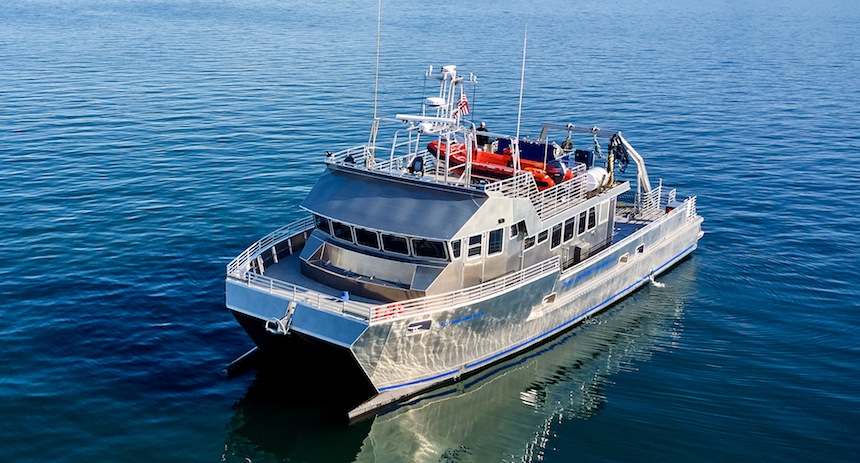 Shearwater will be deployed on oceanographic research missions but will also provide educational outreach classes for students from Duke University. This will include live-aboard education and research during transit from Beaufort to Abaco.

The vessel is powered by twin Tier 3 Caterpillar C18 ACERT engines, rated at 800 horsepower (599 kW) at 2,100 rpm. The vessel has a cruising speed of 24 knots at 85 per cent rated power. Driven by twin fixed pitch propellers, Shearwater can accommodate up to 30 passengers on day trips, and has liveaboard accommodations for 14 people. 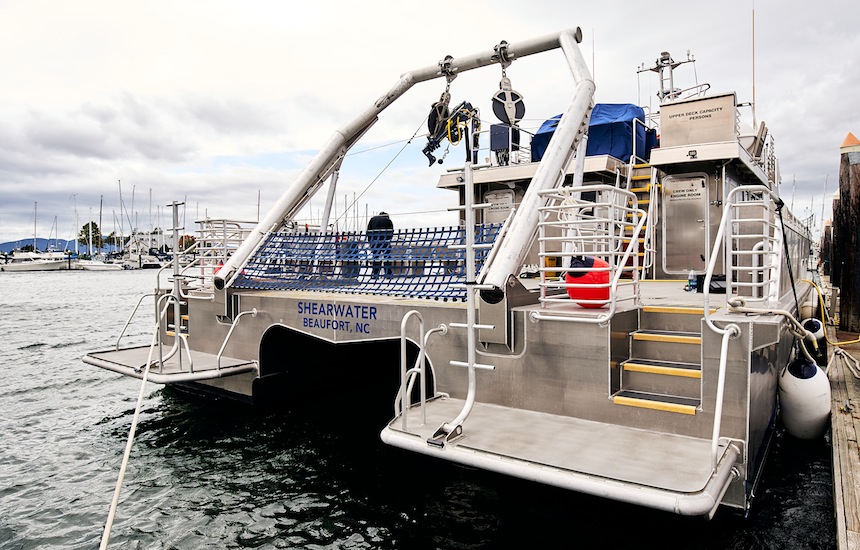 With a range of 450 nautical miles at 24 knots cruising speed, and up to 1,200 nautical miles at 10 knots, extended voyages can be undertaken without the need to return to shore. The vessel is equipped with two large Hawboldt scientific winches and an A-frame for the deployment and recovery of instrumentation the large array of scientific instruments and sampling equipment.

Also installed is a four-extension knuckle crane for loading and discharging the vessel, as well as a moon pool with vertically articulating transducer strut. Wet and dry labs are housed aboard, as well as a 16-foot (4.9-metre) auxiliary boat. 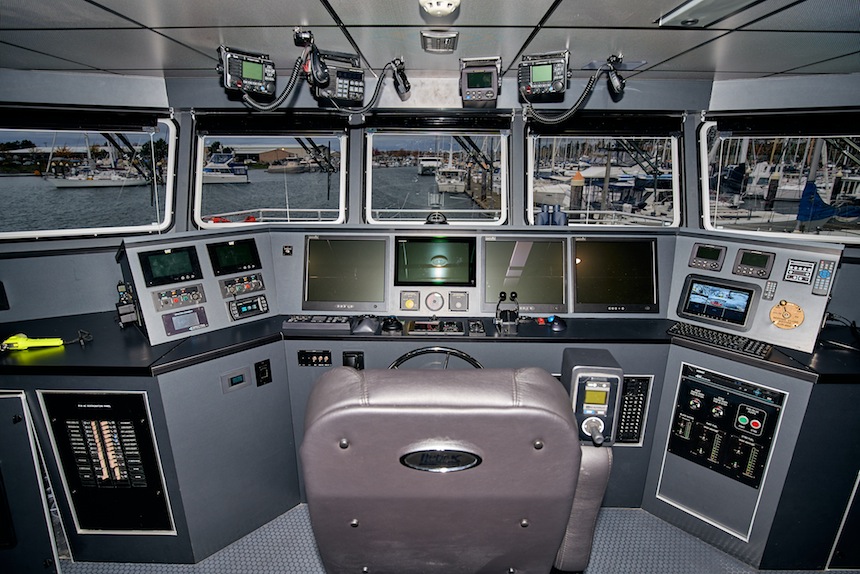 Steering and engine controls are located on the main bridge, the fly-bridge (forward upper deck), and the aft upper deck, co-located with scientific winch controls.

The vessel will allow marine scientists from DUML and other institutions to conduct research along the Atlantic seaboard in a wide range of fields including marine ecology and conservation, biological oceanography, and renewable energy ocean development. Activities aboard the research vessel will range from observations, measurements, sample collection to instrument deployment and recovery, and use of auxiliary equipment.

The DUML is a year-round teaching and research campus located on Pivers Island in Beaufort, North Carolina. It offers academic programs at the doctoral, masters and undergraduate levels, and is home to the Nicholas School of the Environment Marine Science and Conservation programs. 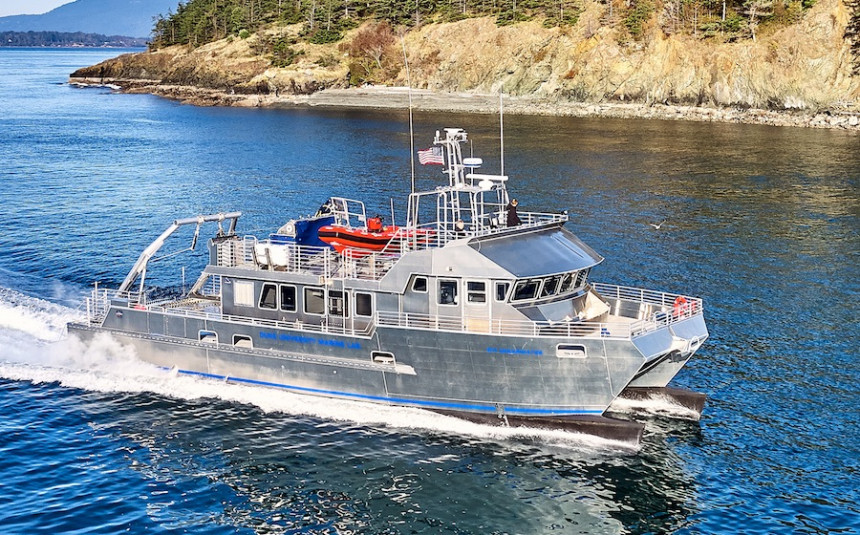 The vessel was procured as part of an $11 million gift for the construction and operation of a new state-of-the-art research vessel that will expand teaching, research and outreach capabilities at the DUML. The DUML has been without a large research vessel since two of its boats were retired. The 135-foot (41-metre) Cape Hatteras retired in 2012 and the 50-foot (15-metre) Susan Hudson retired in 2014.

According to the university, having a local research vessel with the ability to travel several hundred nautical miles from shore and spend multiple days at sea is crucial to coastal research efforts in North Carolina. Over the past few years, this need has been met by researchers either chartering private boats or paying for the transit of research vessels from other states. 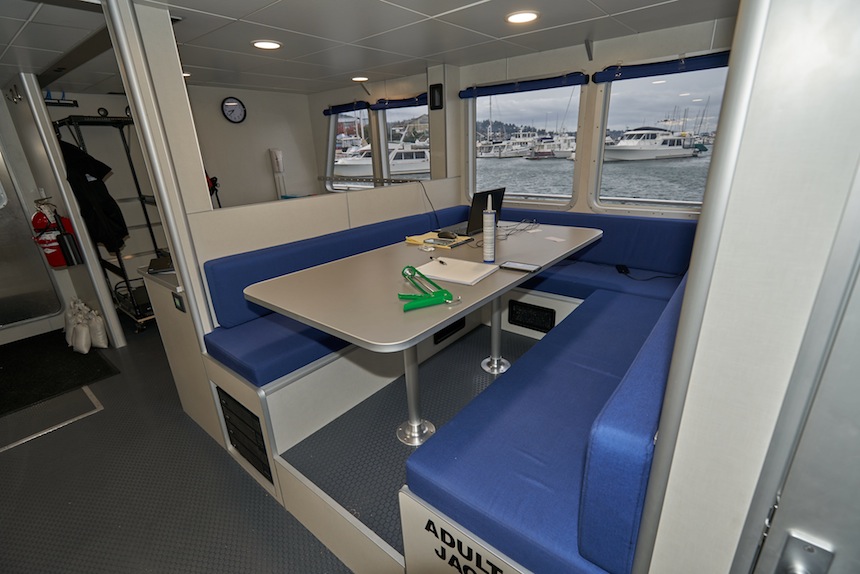 In addition to the university’s programs, the vessel will also be used to support science outreach programs for local K-12 teachers, students, and community members. Researchers and instructors from other institutions will also be able to charter the vessel for scientific or educational purposes. 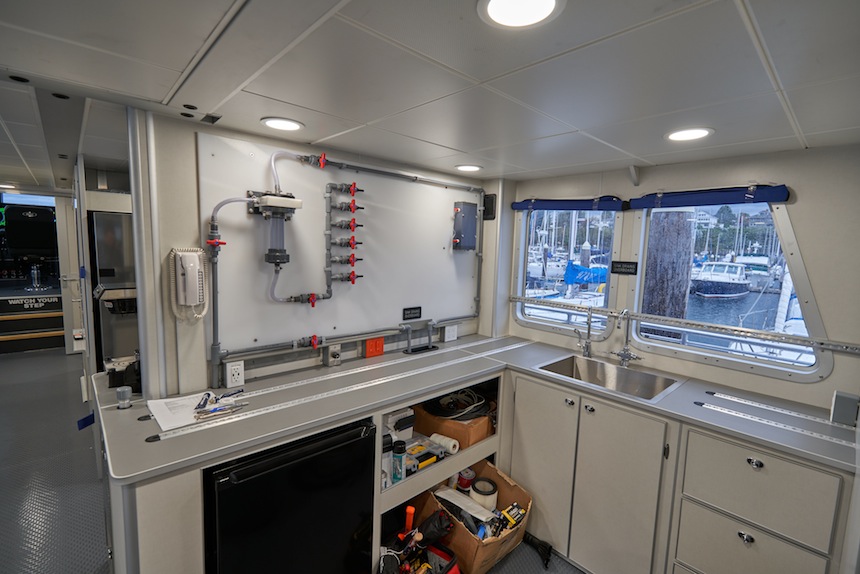 In the next few months the Shearwater will make the trek from the West Coast of the United States through the Panama Canal to the East Coast, stopping in Florida.

In January, Zackary Johnson, Associate Professor of Molecular Biology in Marine Science, will take the first group of students out for a 10-day experiential Biological Oceanography class. Ports of call for this class include Key West, Dry Tortugas National Park, Fort Myers, the Everglades and Miami.

A dedication of the Shearwater will also take place in Florida in late January. By early spring 2020, she will make her way to Beaufort and its new home at the DUML. 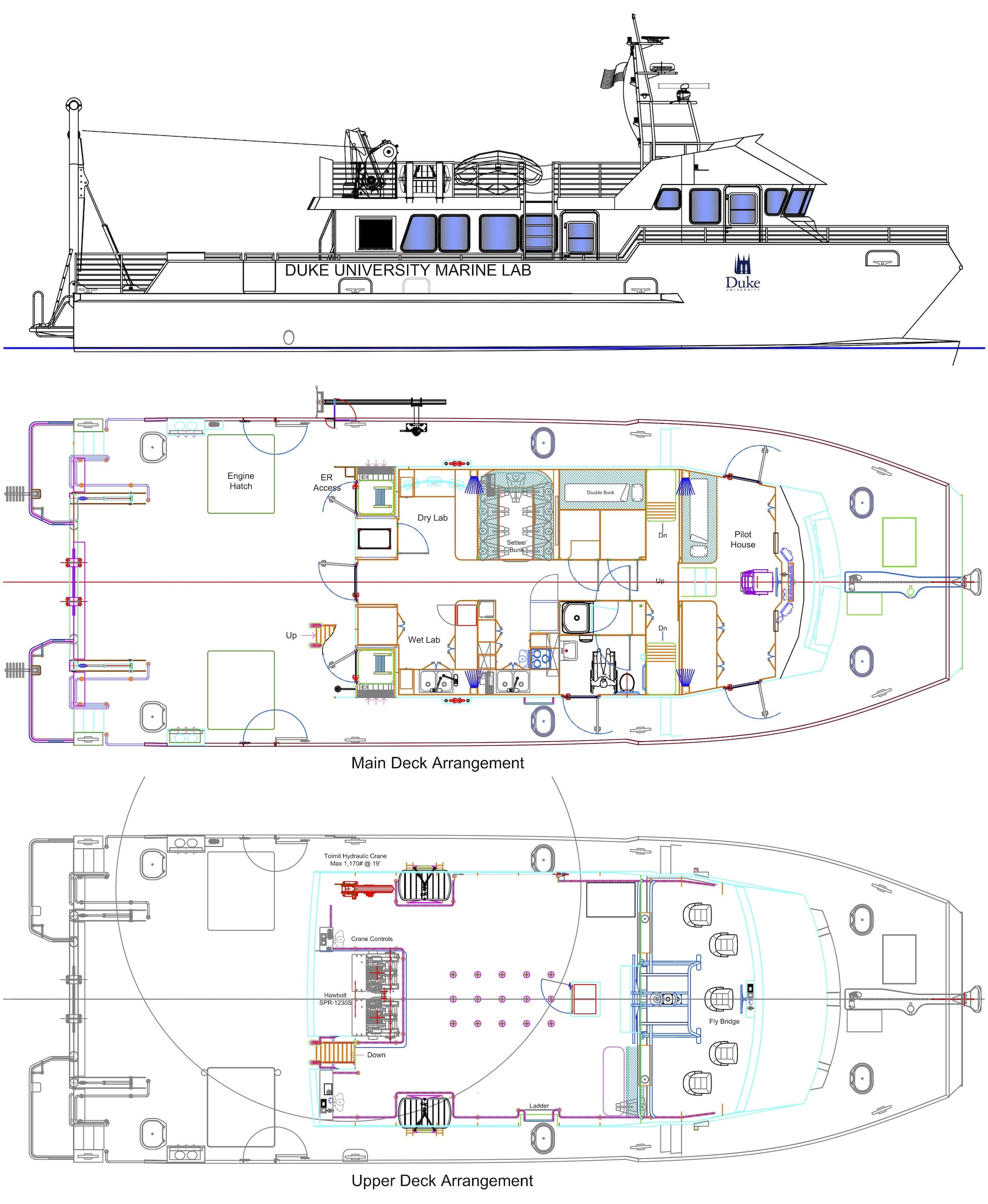