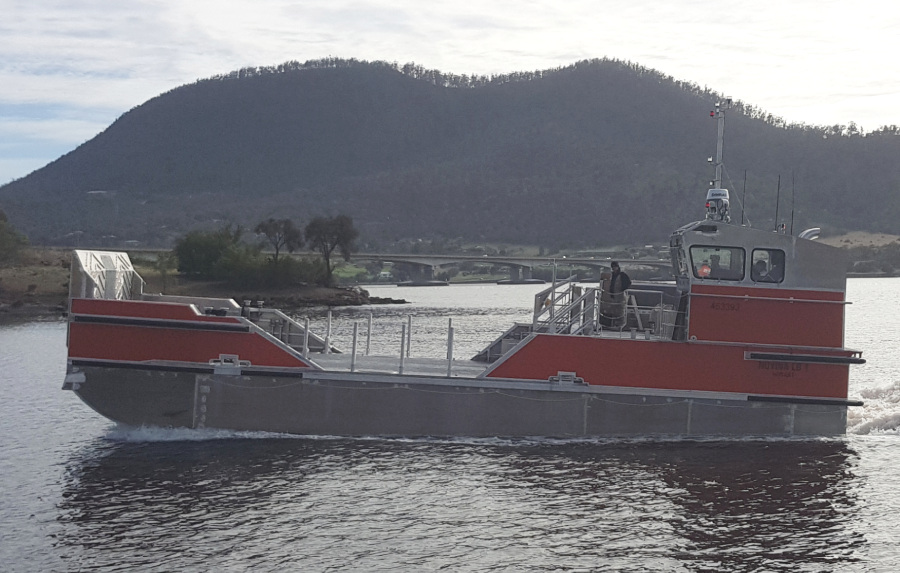 The 160-metre icebreaking research vessel Nuyina will be performing a variety of roles after it enters operational service with the Australian Antarctic Division (AAD) before the end of this year. To enable the vessel to effectively carry out some of these duties, particularly those duties relating to resupply, it relies on two embarked daughter craft that will operate primarily as Ro-Ro landing barges for the transport of cargo to and from shore.

Built by Taylor Bros of Hobart, the newbuild aluminium craft Nuyina LB1 and Nuyina LB2 have been designated by the AAD as “heavy-lift barges.” They were designed to each be capable of carrying 45.5-tonne trucks, enhancing Nuyina‘s ability to unload and reload research equipment and other light cargo. This capability will become especially useful when the icebreaker finally begins operating in Antarctica, where the absence of wharves and jetties would otherwise hamper the AAD’s efforts to conduct scientific activities in the area and to resupply its own research stations on the frozen continent. 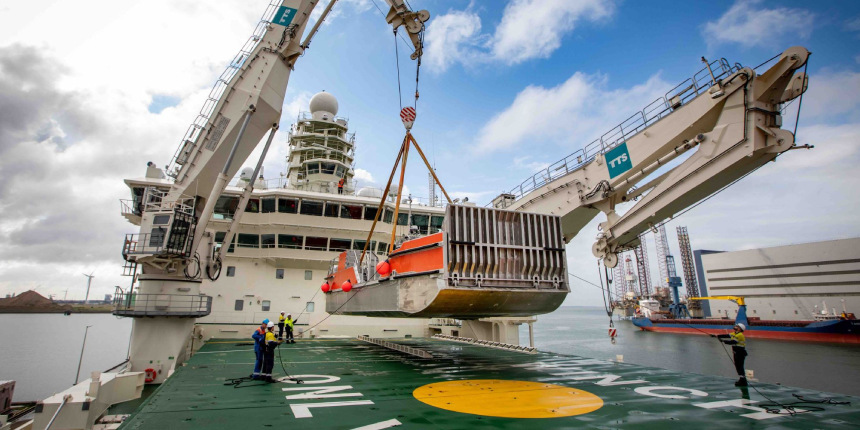 The Damen Shipyards Group, which built Nuyina, also participated in the development of the two landing craft to ensure their seamless integration into the icebreaker that will serve as their mothership. Among the key attributes found on Nuyina that are made possible by this integration are tailored lifting and securing equipment, power outlets for charging the barges’ own batteries and for warming up their engines, and dedicated facilities for refuelling.

Each landing craft has a length of 16.3 metres, a beam of 6.2 metres, and two Caterpillar C12 448kW diesel engines driving waterjets to deliver enhanced manoeuvrability as well as a transit speed of eight knots in calm seas. The craft can also operate even when subjected to wind speeds of 50 knots.

Another benefit offered by the waterjet propulsion is that the barges do not have any external propellers or protrusions below the hull, thus allowing them to sit flat on the cargo holds’ hatch covers near the bow of the mothership. 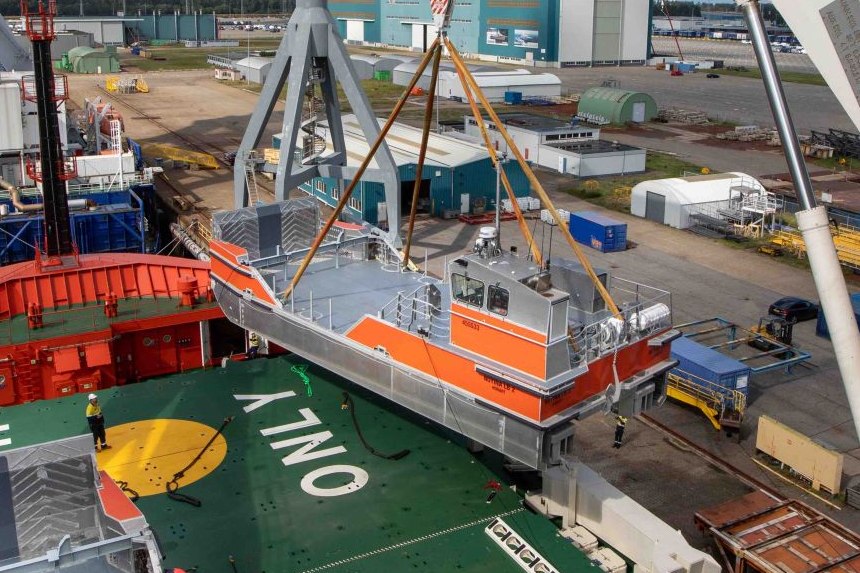 Even with their compact and relatively lightweight construction, the barges were nonetheless designed to be capable of operating in temperatures of as low as minus 30 degrees Celsius, though they are equally effective in their intended role even in warmer areas with temperatures of 45 degrees Celsius. Their rubber fenders will allow them to operate in grease ice, as they can push some of the floes out of the way.

The two landing barges are among the six daughter craft that will be embarked aboard Nuyina by the time it finally conducts operational sailings to Antarctica. The four other craft include three personnel transfer tenders and one scientific research tender. However, the AAD said the barges will be the most often used among the support vessels due to their significant cargo transport capacities. 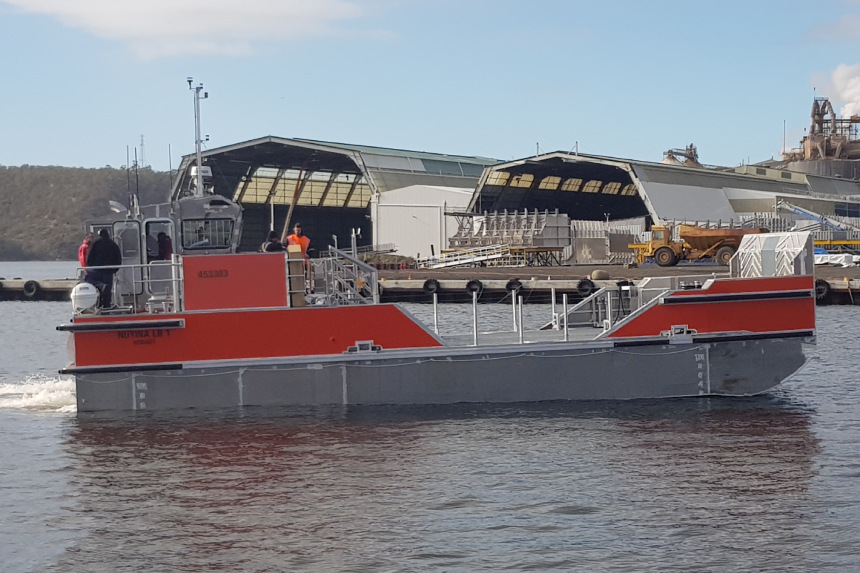