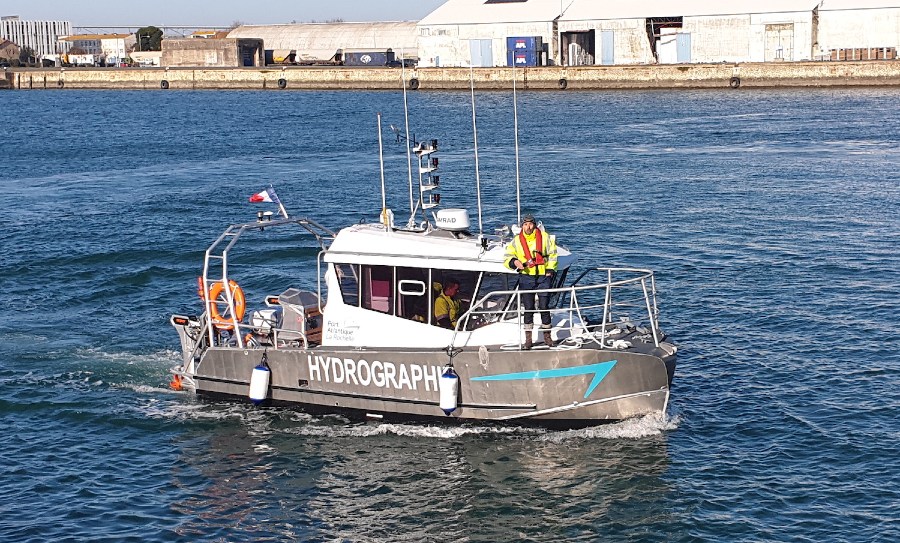 A newbuild boat has begun performing hydrographic and bathymetric surveys in the waters of the Port of La Rochelle in southwestern France. Named Cassiopée after the Cassiopeia constellation in the northern sky, the vessel was custom-built by local shipyard Alumarine to replace an older craft that has been performing the same survey duties at the port.

The BV-classed newbuild has an LOA of 8.13 metres, a moulded beam of 2.98 metres, a draught of less than one metre, a displacement of only 3.4 tonnes, and space for up to five crew. The boat is thus small and light enough to also be transportable via trailer truck should the need arise. Port authorities had requested that the boat be made of aluminium that, in addition to being both lightweight and robust, would allow for modifications to be made to the hull over time if necessary, which would not be possible on a similar sized vessel with a polyester resin construction. 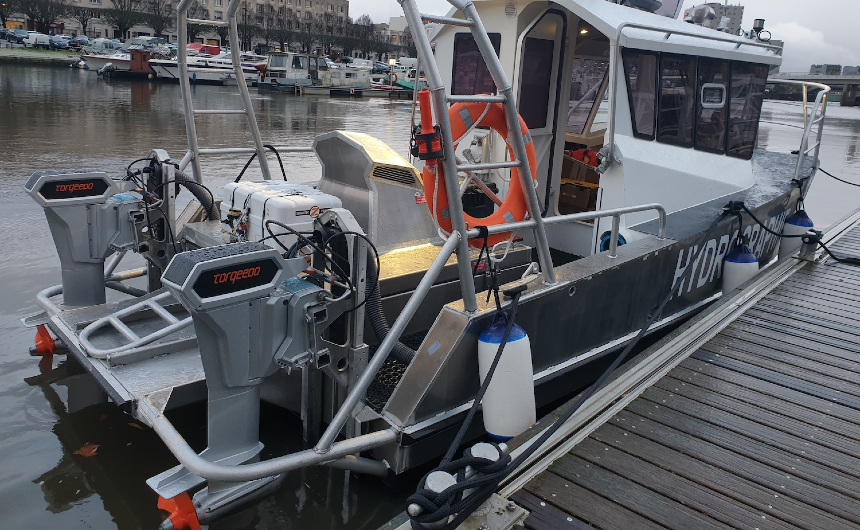 Cassiopée is fitted with a Volvo D4 167kW diesel-powered main engine as well as two 15kW lithium battery-powered outboard motors supplied by German electric propulsion specialist Torqeedo. The main diesel engine will allow the boat to reach speeds of 20 to 25 knots during transits between its home port and areas where acquisition will be performed. Once at an acquisition area, the boat will switch to a low-speed mode, cruising at three to seven knots using the electric motors, so that surveys can be carried out without any adverse impact on the surrounding environment. While maintaining a speed of about five knots, the boat could operate for up to six hours on battery power only.

The electric motors, which also emit low noise, could be charged at the port via a shore connection in between sailings. Charging of the motors will be done overnight since acquisition duties are often scheduled to be performed in clear visibility during daylight hours. The electric motors also come with an intelligent battery management system that automatically monitors all battery components and communicates with the boat’s onboard computer to indicate whether there are any anomalies that would require immediate attention and troubleshooting. The battery management system also makes it possible for the crew to monitor the batteries and electric motors via their mobile devices.

The boat’s key survey equipment consists of a multi-beam echosounder (MBES), thus affording a significant improvement over the port’s older survey vessel which is fitted with a single-beam sounder. The MBES is designed to run a continuous scan over a wide swath of up to five times the water depth in any given area instead of performing a single-beam seabed scan on a series of points. Acquisition using the MBES will ensure that the data would be more accurate and become available in considerably less time, thus allowing officials at the Port of La Rochelle to update their bathymetric charts more regularly. Besides ensuring proper compliance to International Hydrographic Organisation (IHO) standards, the regular updating of bathymetric charts is considered necessary as La Rochelle is France’s only deepwater port that faces the Bay of Biscay, which is partly known for having some of the fiercest weather conditions in the Atlantic.

The data acquired by Cassiopée would also be used to help officials identify areas around the port that would require dredging. 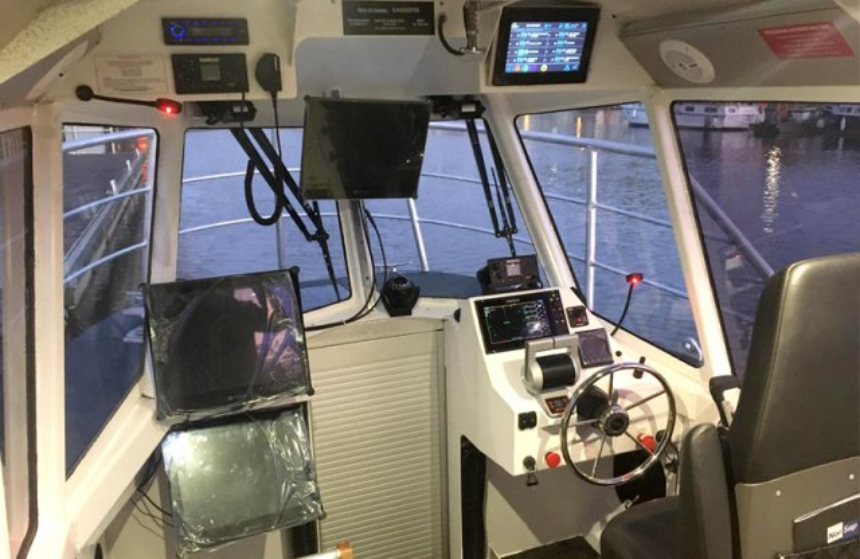 Even with its small size, Cassiopée boasts an interior large enough to accommodate a wheelhouse, a hydrography station, a workstation, and a toilet. There are also numerous onboard lockers for storing additional survey equipment to augment the MBES. In addition to having heating and insulation features, the wheelhouse also has an inverted windshield that offers good visibility even under mild inclement weather conditions as well as glazed windows that provide a 360-degree view of the exterior including the aft deck.

Although Cassiopée was intended to operate primarily in La Rochelle, the port officials there have stated that it will be made available to provide survey duties at other French seaports upon request. 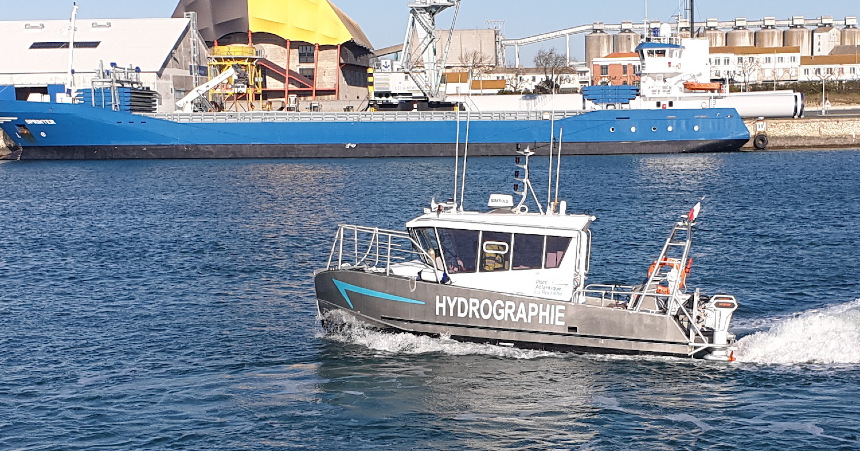 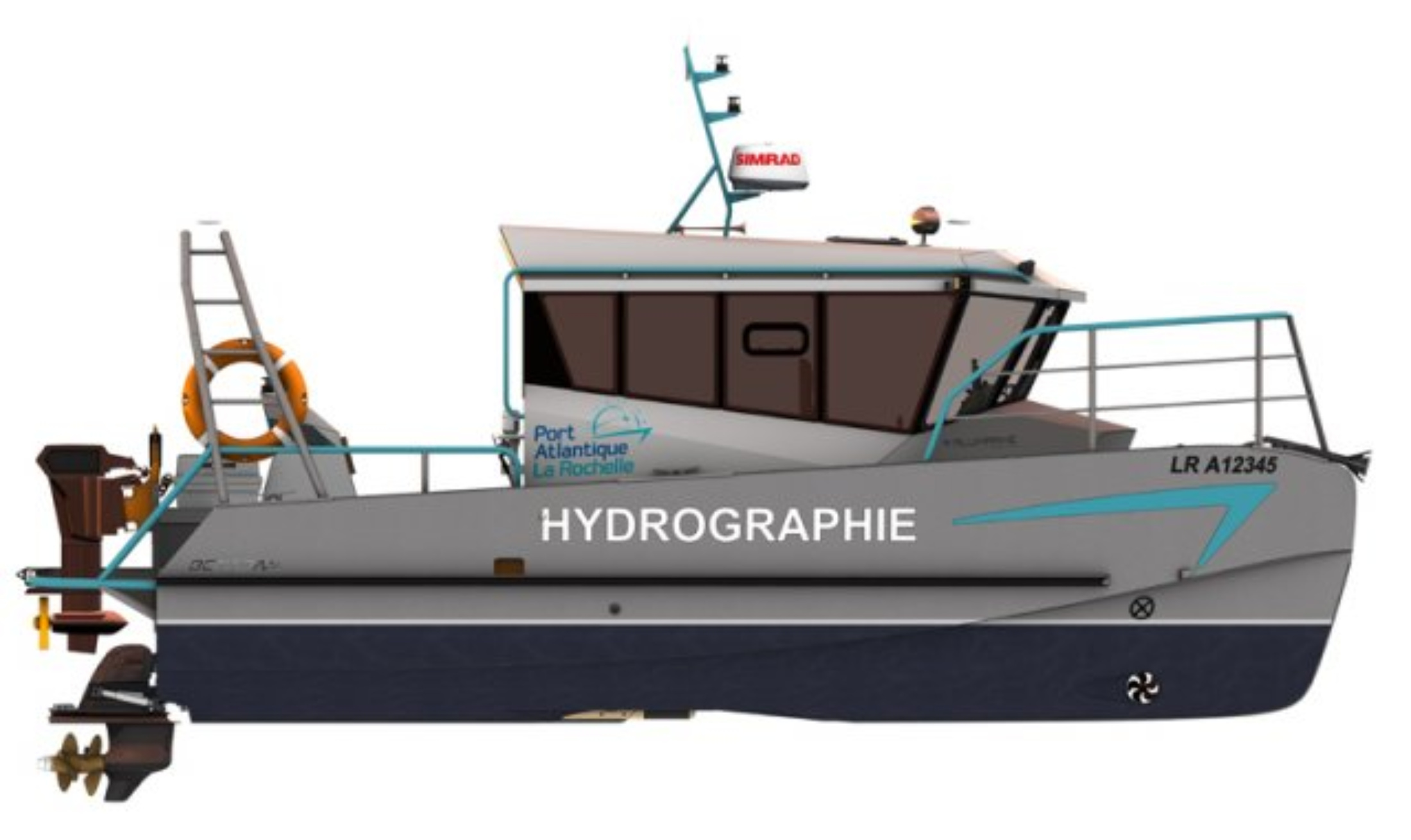