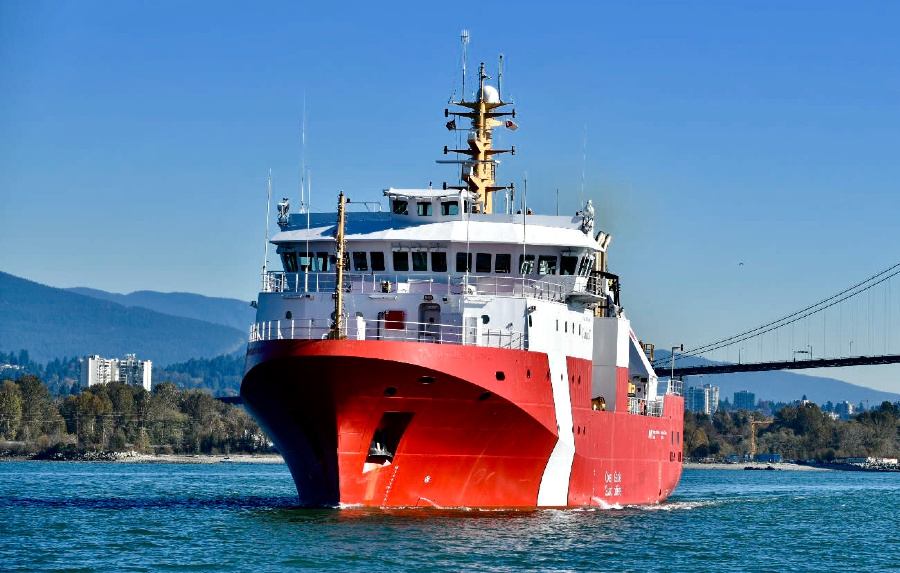 Among the newest additions to the massive and diverse fleet of vessels operated by the Canadian Coast Guard is CCGS Capt. Jacques Cartier, a large seagoing research ship that is capable of an array of scientific missions in support of the country’s fisheries sector. The vessel honours French navigator and explorer Jacques Cartier, who is perhaps best known for leading the first European expeditions to what is now Canada from 1534 to 1541 and for giving the country of Canada its name.

Capt. Jacques Cartier is the second unit to be built under a new class of three coast guard ships that have been designated as offshore fisheries science vessels (OFSVs). The OFSVs will be manned by coast guard crews, but as their official designation implies, they are intended to operate as the primary offshore fisheries science platforms for Fisheries and Oceans Canada, the federal agency tasked with managing the country’s fisheries, oceans, and freshwater resources. The vessels are thus equipped to carry out a broad range of scientific research missions, with emphasis on monitoring the health of fish stocks, studying the impacts of climate change on aquatic ecosystems, and supporting research that would lead to a better understanding of Canada’s oceans.

As with the two other OFSVs and even many of the newer vessels being introduced into service with the Canadian Coast Guard, Capt. Jacques Cartier is one of several newbuilding projects under the country’s National Shipbuilding Strategy (NSS), the main objective of which is to modernise the federal vessel fleet through the procurement of both combatant and non-combatant ships. Although intended to operate as non-combatant ships, the OFSVs were among the first large vessels to be built under the NSS. This is to enable them to accommodate all the facilities and equipment necessary for undertaking a wide variety of ocean research missions without the need to drastically modify their hulls or their interior layouts on an ad hoc basis. 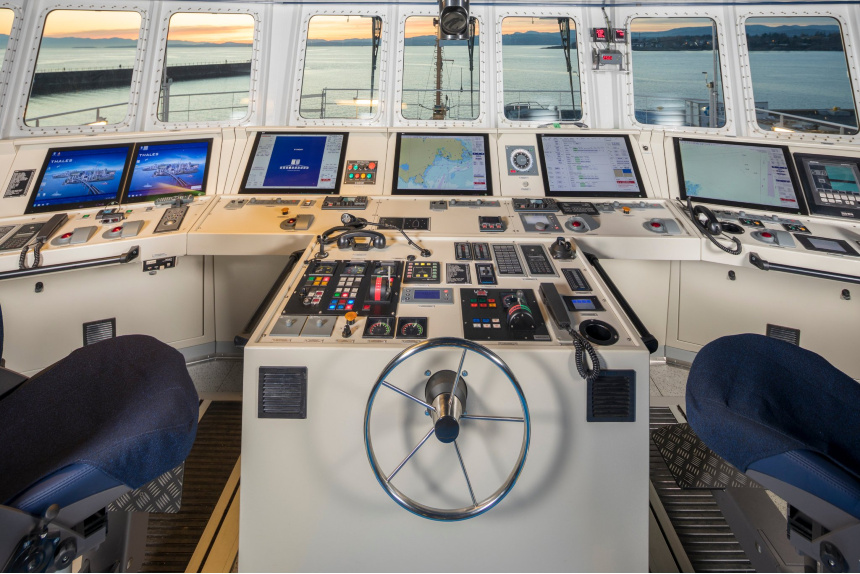 Capt. Jacques Cartier has an LOA of 63.4 metres, a moulded beam of 16 metres, a displacement of 3,212 tonnes, space for 36 crew and scientists/researchers, and a 4.5MW diesel-electric propulsion system that delivers a top speed of 13 knots and a range of 6,400 nautical miles at a cruising speed of eight knots. The vessel also has Lloyd’s Register’s Polar Class 7 notation, which means it is capable of operation in thin first-year ice (i.e. 30 centimetres to 70 centimetres in thickness) during the summer and autumn months.

A total of 171 square metres of onboard space has been allotted for five different science areas including a wet lab, a dry lab, an ocean lab, a control lab, and a marine mammal observation station. The coast guard claims this diversity of stations allows for a broader variety of onboard research to be conducted simultaneously at any given time. The science areas are also noise-quietened to ensure that studies and experiments could be effectively carried out even under typical operating conditions far from shore. 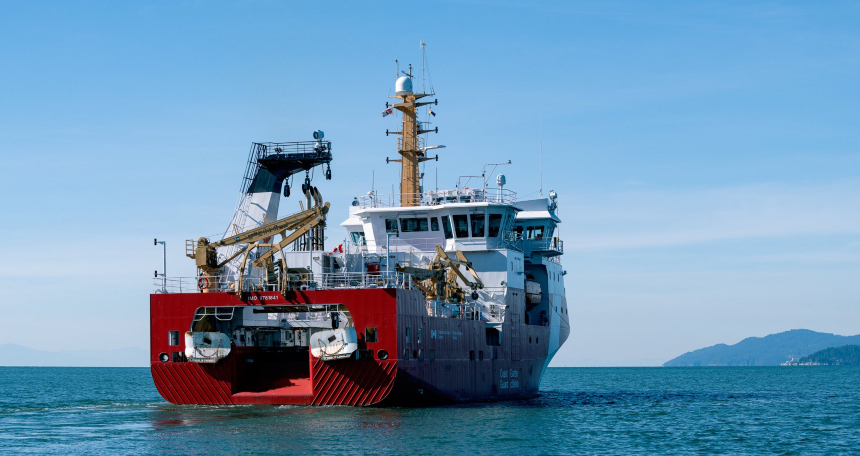 The vessel’s key ocean research equipment includes trawls that could reach depths of 2,500 metres to allow scientists to sample deep-sea fish stocks as well as a drop keel fitted with an array of sensors vital for performing different types of acoustic surveys. Up to 10 kilometres of piping composed of over 130,000 individual parts and supporting more than 20 systems are included on board, thus guaranteeing that the laboratories and the wide assortment of scientific equipment will be capable of sustained operations during long voyages.

As a coast guard vessel, the OFSV was also designed to be able to perform both search and rescue (SAR) and environmental response duties as its secondary functions, thus maximising its effectiveness as a key component of the Canadian federal vessel fleet.

Capt. Jacques Cartier has been homeported in Dartmouth in Nova Scotia since being handed over to the coast guard in late 2019, thus making it the first OFSV to be stationed on Canada’s East Coast. CCGS Sir John Franklin, the first OFSV, is homeported in Sidney, British Columbia, while the third vessel, the future CCGS John Cabot, will be stationed at St. John’s in Newfoundland, joining Capt. Jacques Cartier on the East Coast following its scheduled delivery later this month. All three OFSVs were ordered in 2011 and were subsequently built at the Vancouver Shipyards (VSY) facilities of Seaspan Shipyards from 2015 to 2020.