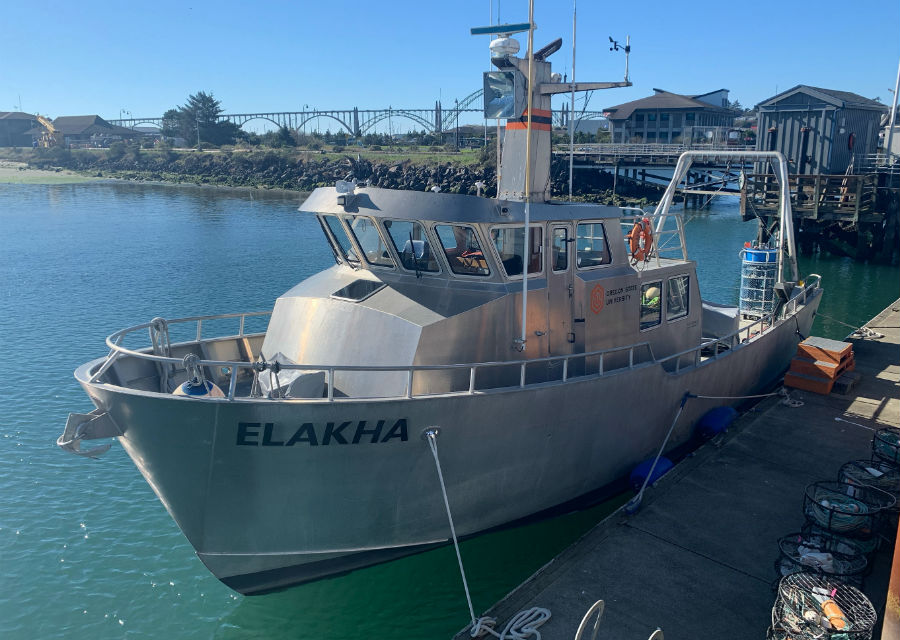 Ocean science is in high demand by scientists studying ocean acidification, wave energy, seabed composition, changing water temperatures, fish populations and dozens of other research projects. The Oregon State University (OSU) has a proud history in the field, and the wide variety of research projects it undertakes requires a variety of vessels.

One boat that has made large contributions to research is the 16.5- by 5.0-metre (54- by 16.5-foot) Elakha, which was built in 2001 at Rozema Boat Works of Mount Vernon Washington. Showing design influences from a typical forward house west coast style fishing boat, the Elakha’s after deck is set up for retrieving data from the ocean, although some fish research is also possible.

As the boat approached its twentieth year of operation, the team at OSU had to consider the best mid-life upgrade. 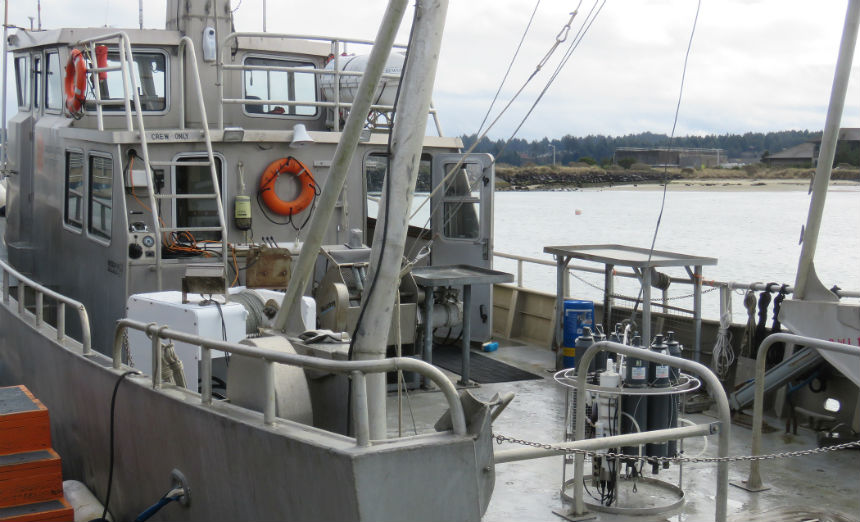 The existing 450kW (600hp) Caterpillar 3176 had given good service and they considered a rebuild at first, though subsequently went in another direction. In the end they decided to go with a new Tier 3 Cummins QSM 11 450kW (610hp) engine, a ZF360A 2.44:1 marine gearbox and Glendinning ECS controls.

“On February 28, 2020, the Elakha made her way up the Yaquina river to the Port of Toledo Boat Yard at Toledo Oregon to be hauled out and the re-power begun,” commented Elakha’s master, Captain Jeff Lawrence.

“After a week’s time, the old engine and gears were out, and we started to fit the new equipment to the boat. The process of transitioning from the older Caterpillar to a new Cummins [meant] there was plenty of fabrication that had to be done before the new QSM11 engine and the ZF gears could be installed.”

With the skillful hands of the yard’s mechanics, David Stoker and Ted Mandell, things came together nicely. Among the major changes for which the team had to account for during the transition were the motor mount locations and the line-up from the engine to the transmission. These adjustments were supervised and instituted by David Stoker for the most part, with assistance from Captain Jeff Lawrence.

“Almost immediately we faced a serious obstacle – the outbreak of Covid-19 at the start of our planned shipyard time period,” said Lawrence. “Shortly after delivering the Elakha to the Toledo shipyard, the pandemic was in full bloom, compounding the health hazard with federal and state reactions and safety guidelines.

“Logistics were severely hamstrung, personnel/vendors were infinitely more difficult to find and line up, and operations in general came to a trudging crawl. The pandemic added approximately 10 weeks to our estimated timeline for completing the re-power. 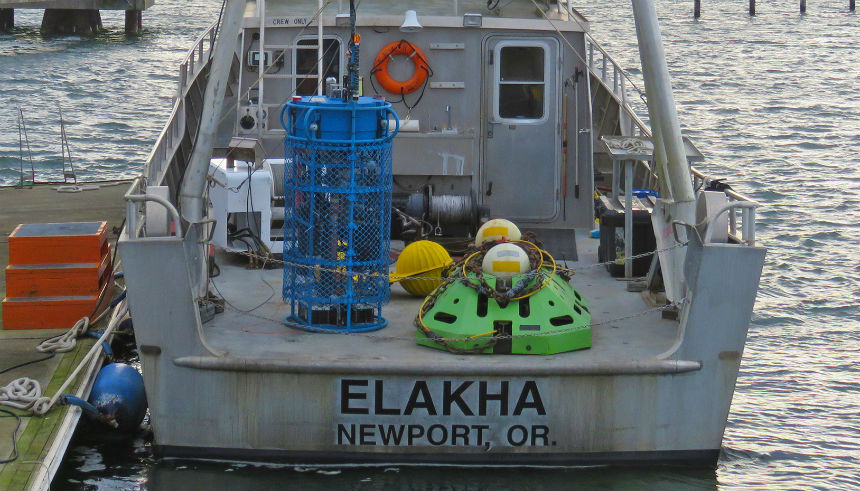 “After the new engine and gears were installed, new Racor’s, fuel lines, raw water-cooling systems, muffler and exhaust all went in. In addition to these upgrades, new Glendinning ECS controls were installed as well during this time, as well as significant re-wiring from the engine to the engine brainbox, and up to the controls in the wheelhouse. With a good amount of assistance from Scott Hatfield from the shipyard, the Elakha crew removed all the old wiring for the Caterpillar engine and ran new wiring for the Cummins engine.

“Along with this new wiring, the Elakha received some dash control upgrades as well in the form of a more modern engine monitoring system with a more comprehensive assortment of readouts and information for the main engine. After everything, the installations were complete. The Elakha happily splashed back into the Yaquina river and we arranged for a test run.

“The Curry Marine mechanics, Scout Hockema, Scott Houck and Matt Orr arrived at the yard and we fired up the new engine. As expected, it fired right up and ran smooth. We ran the engine at the dock all day without incident. With a few minor adjustments we were ready for sea trials. Our plan was to run down to Newport and back the next day. Sea trials went remarkably well, the vessel performance was excellent and significantly surpassed our expectations. With a newly repowered vessel, significant upgrades and Covid-19 mitigation procedures firmly in place, we were ready to go back to work just in time to kick off the busy summer season.

“For the past six months we have stayed busy even within the mitigating parameters of the ongoing pandemic, and the new restrictive operational practices we have developed to keep all users and crew safe.”